Her memoir, entitled The Girl Who Loved Artists, is yet to be published 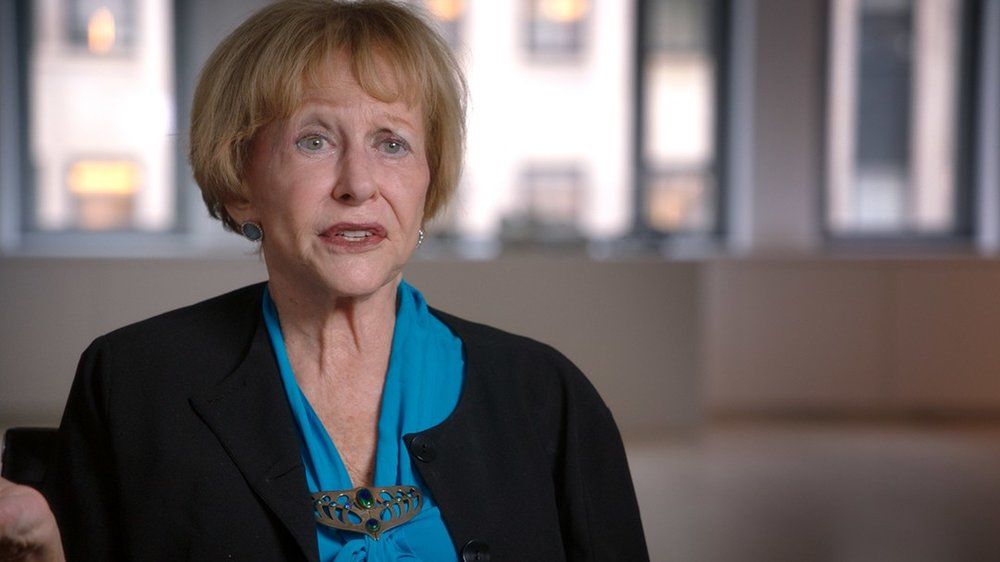 Barbara Rose, an art historian and champion of avant-garde 20th century art, died on Friday (25 December) in Concord, New Hampshire, aged 84. The cause of death was breast cancer, which Rose had been diagnosed with a decade before her death. After her landmark 1965 Art in America essay “ABC Art,” which helped define Minimalism, brought her to prominence, Rose would spend the following five decades as a writer and editor, holding editorial roles at such publications as Art in America, Vogue, Artforum, and the Partisan Review.

In the late 1960s, Rose authored the book American Art Since 1900, which quickly became a fixture across US college campuses in the following decade. She later co-founded The Journal of Art which she edited from 1988 to 1992 when it closed down.

Born in Washington, DC, in 1936, Rose’s mother was a homemaker and her father owned a liquor store. In her yet-unpublished memoir, Rose described this home as “bland, tasteless or vulgar surroundings.” She studied at Smith College and Barnard before earning a doctorate at Columbia University and attending the Sorbonne in France. At Columbia, she wrote her thesis on 16th-century Spanish painting and visited Pamplona, northern Spain, on a Fulbright fellowship.

Her career began as Minimalism was on the rise, and in 1961, while still a student, she married Frank Stella, a star of the movement whom she had met through the cinematographer Michael Chapman. The couple married at a registrar's office in London, and the art historian Michael Fried served as the witness to their wedding. Stella and Rose had two children together, though the couple divorced in 1969, just as Minimalism was waning to make way for successive movements like Conceptual Art and Post-Minimalism.

In “ABC Art”, Rose wrote that the “self-effacing anonymity” of the downtown New York artists of the era, including Donald Judd, Robert Morris, Carl Andre, and her then husband Stella, could be seen “as a reaction against the self-indulgence of an unbridled subjectivity, just as one might see it in terms of a formal reaction to the excesses of painterliness”.

This essay signalled a shift away from the Clement Greenberg-inspired view of art which dominated the zeitgeist at the time and lifted up movements like Abstract Expressionism, which heavily favoured the wild individuality of the artist over the coolness that Minimalism offered. Though her writing helped steer the art world away from AbEx, Rose’s own taste could be described as formalist, and she held a strident preference for abstraction over realism across mediums.

She was a firm believer in the sanctity of the studio visit, and a great lover of interviews. “The reason I interviewed artists is because I really wanted to know the answer to my questions,” she said in a recent lecture, according to The New York Times. “I never thought of them as interviews.” Rose also had a massive impact on furthering the careers of underrated female artists; in 1971 she wrote the first major monograph on Helen Frankenthaler, and she organised the first museum retrospective of Lee Krasner which was held at the Museum of Fine Arts, Houston, where Rose was serving as the director at the time, a position she held from 1981 to 1985.

The Krasner retrospective was held in 1983, one year before Krasner’s death. She also contributed texts to seminal monographs on a number of women artists, including Nancy Graves, Beverly Pepper and Niki de Saint Phalle. Jorie Graham, the Pulitzer Prize-winning poet and daughter of Pepper, described Rose as “irreverent, brilliant, forever able to think and live out of the box” in a tweet responding to the news of her passing.

Andrew Renton, professor of curating at Goldsmiths, University of London, wrote on Instagram that Rose was "such an important writer" while Mark Thomas Kanter, a professor at Columbia University in New York, wrote on Twitter that she wrote about visual art "incisively for over half a century".

In addition to her two children, Rose is survived by her husband Richard Du Boff, whom she married and divorced prior to her marriage to Stella, before marrying him again later with a third marriage in between. (Du Boff therefore was both her first and fourth husband.)

She taught and lectured at several colleges and universities, including Yale, Sarah Lawrence, and the New School, and she was writing and publishing reviews as recently as two months ago. In the final years of her life, Rose completed a memoir which has yet to be published; the book is titled “The Girl Who Loved Artists.”