Bark painting comes out of the woodwork at Sydney Contemporary

Work by the indigenous artist John Mawurndjul sold for $140,000 at the fair, where organisers estimate AUD$21m of sales were made 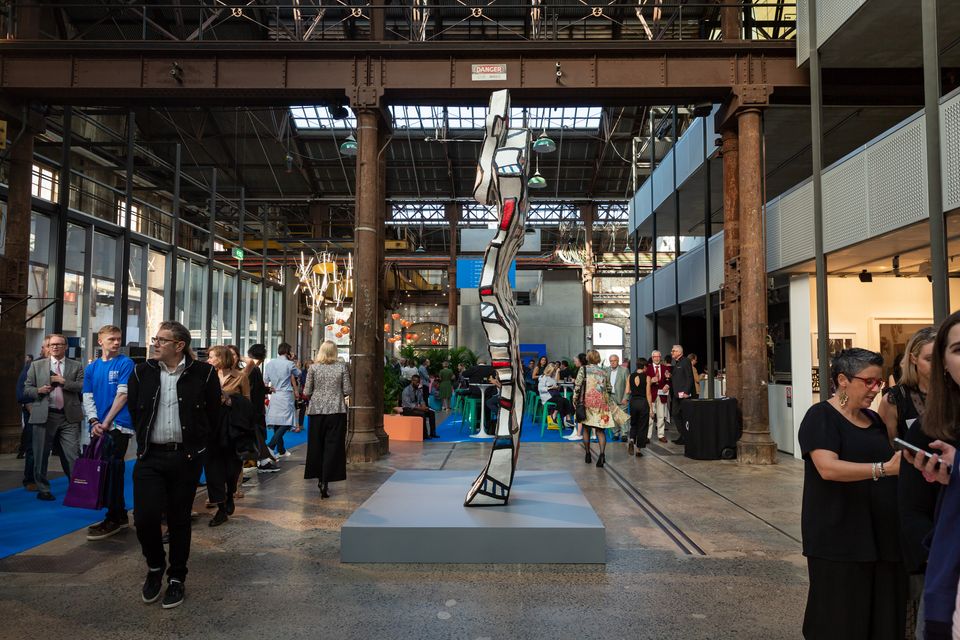 It is unusual for fair organisers to pronounce an overall sales figure for works sold by its exhibitors during the run of the event. But, Barry Keldoulis, the director of Sydney Contemporary (12-15 September), says that AUD$21m worth of sales were made during the fair this year, which represents “the largest short-term concentration of art sales in Australia annually.” This, Keldoulis says, represents a AUD$5m increase on 2017.

“Sales pretty much across all price brackets went up quite dramatically, I think,” Keldoulis says, adding that international collectors represented a “growing component” of buyers, as indicated by the fair’s visitor survey. On how the fair calculates sales figures, a spokeswoman says that on the final day the organisers ask all galleries to indicate their total sales, to which they have around a 95% response rate (although it is not compulsory).

The fair, in its fourth edition but held for the first time this year as an annual event (it was previously biannual), took over the inner-city Carriageworks arts venue and attracted 27,360 visitors.

Among the many Australian artists represented at the fair was the indigenous bark painter John Mawurndjul, whose work is currently the subject of a major exhibition at the Museum of Contemporary Art Australia (MCA), in Sydney. Prominently displayed at the fair by D’Lan Davidson Indigenous Art of Melbourne was a large Mawurndjul bark that sold to an international collector for $140,000, setting a secondary market record for the famous Maningrida artist according to the gallery. Titled Ngalyod – The Rainbow Serpent (1999), the work had spent the last 10 years carefully stored under a bed.

“When they [the former owner] saw the big survey show at the MCA, they thought ‘now is probably a good time to bring it out’,” Keldoulis says. Mawurndjul’s previous secondary market record was $120,000 set at the Laverty Collection auction at Deutscher and Hackett in Sydney.