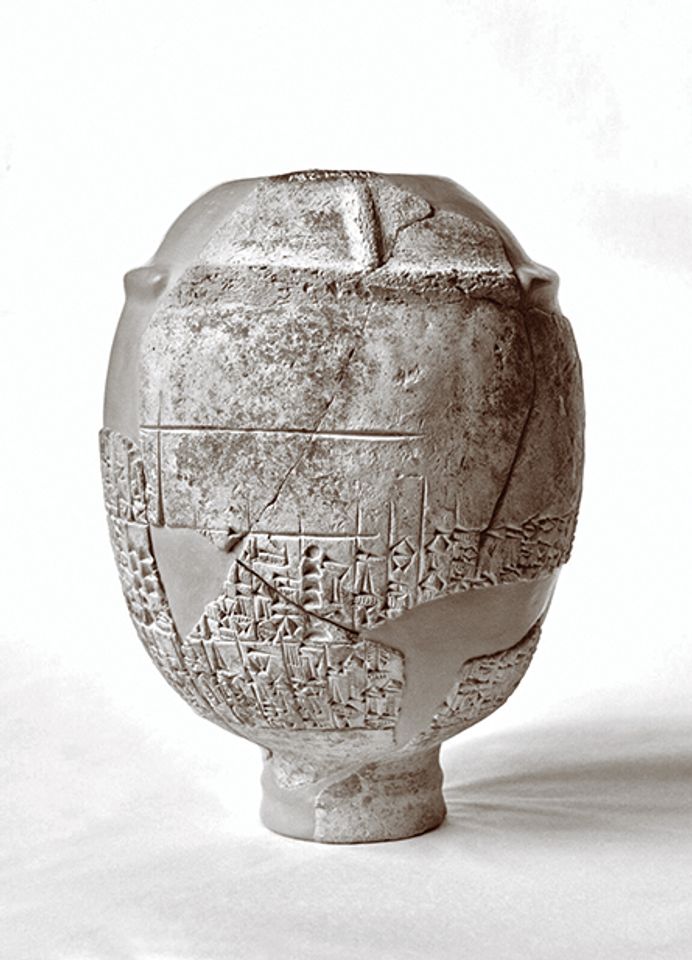 The Umma Mace-head, Early Dynastic period, c. 2400 BC © J.Fernandes. Courtesy of the Trustees of the British Museum

Inspired by some contemporary photographs shot in southern Iraq, the British Museum has mounted No Man’s Land (until 27 January), a small exhibition attesting to man’s chronic inability to exist peacefully within agreed borders. The exhibition showcases three ancient objects that tell the story of the first recorded border conflict, a clash between two Sumerian city states in the third millennium BC, while juxtaposing them with the modern photographs. Inscriptions on two of the objects document the viewpoints of the ancient city states of Lagash and Umma, with each side invoking claims to disputed territory supposedly allotted them by the gods.

In a bit of serendipity, the curators realised during research for the show that an object they had long assumed was a vase had actually been displayed upside down. They now understand that it is actually the head of a fired-clay mace, or heavy club, made for King Gishakidu of Umma. After comparing the object with a similar one at Yale University, “we realised how daft we’d been”, says Irving Finkel, a co-curator of the show. Now displayed right-side up, the mace head is topped by a painted representation of a net that was used to immobilise enemies for execution.