Elon Musk under attack over use of potter's farting unicorn image

The Tesla chief has defended himself, saying he helped popularise the mug design for free 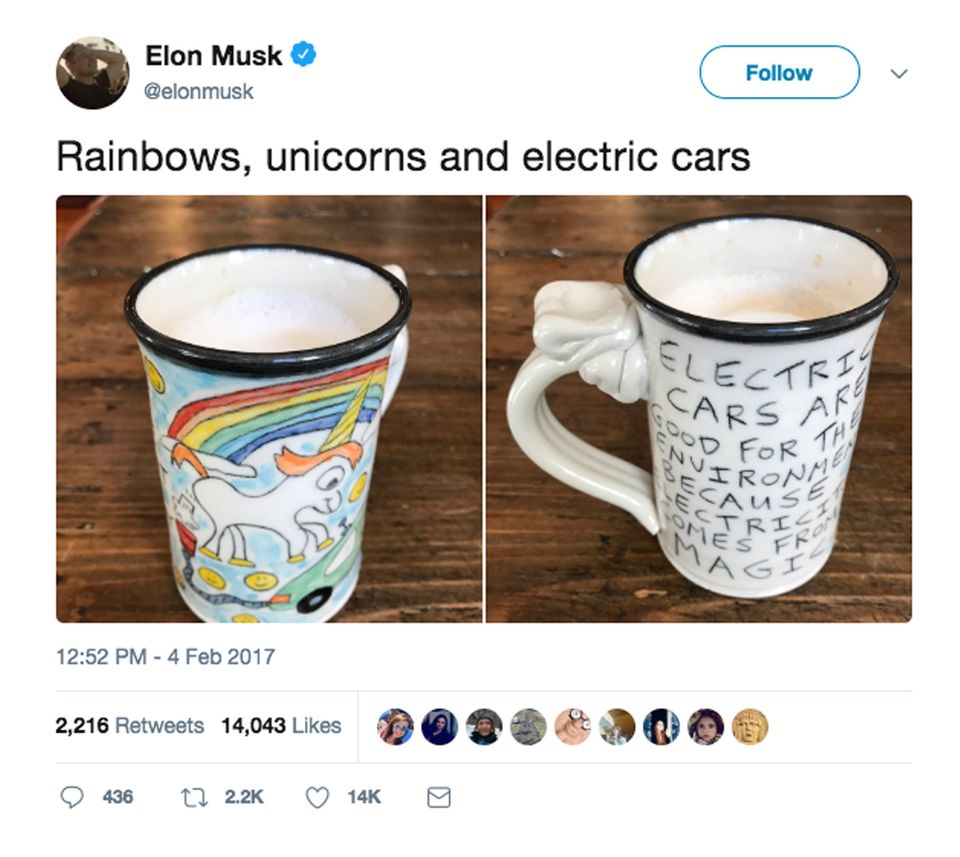 It started so well between Elon Musk and Tom Edwards. Musk tweeted his praise for a mug design by the potter in February 2017. The mug in question depicted a unicorn farting into a tube to power an electric car, with the message “electric cars are good for the environment because electricity comes from magic” on the other side.

A month later however, Musk tweeted his drawing of the same picture created on a Tesla sketch pad. After that, Musk’s sketch was used to show the capabilities of the Tesla sketch pad, with the operating system using it as an icon and Tesla even sending it out as a Christmas card.

Musk has been forced to defend his actions following an article about the controversy and a tweet from the artist’s daughter, Lisa Prank. “Your company has been using his creative property for a year without credit or compensation-don’t you think artists deserve to be paid for their work?” she tweeted.

hey y’all Grimes’ boyfriend ripped off my dad’s art! this is a true story! what do you have to say for yourself @elonmusk ?? https://t.co/TMMJAS1ZGM

Musk responded on Twitter: “We gained no financial benefit. Have asked my team to use a diff example going forward. [Tom Edwards] can sue for money if he wants, but that’s kinda lame. If anything, this attention increased his mug sales.” Musk's tweets have subsequently been deleted.