Visitors will need to swim to see new exhibits submerged off the coast of Corsica, Marseille and Cannes 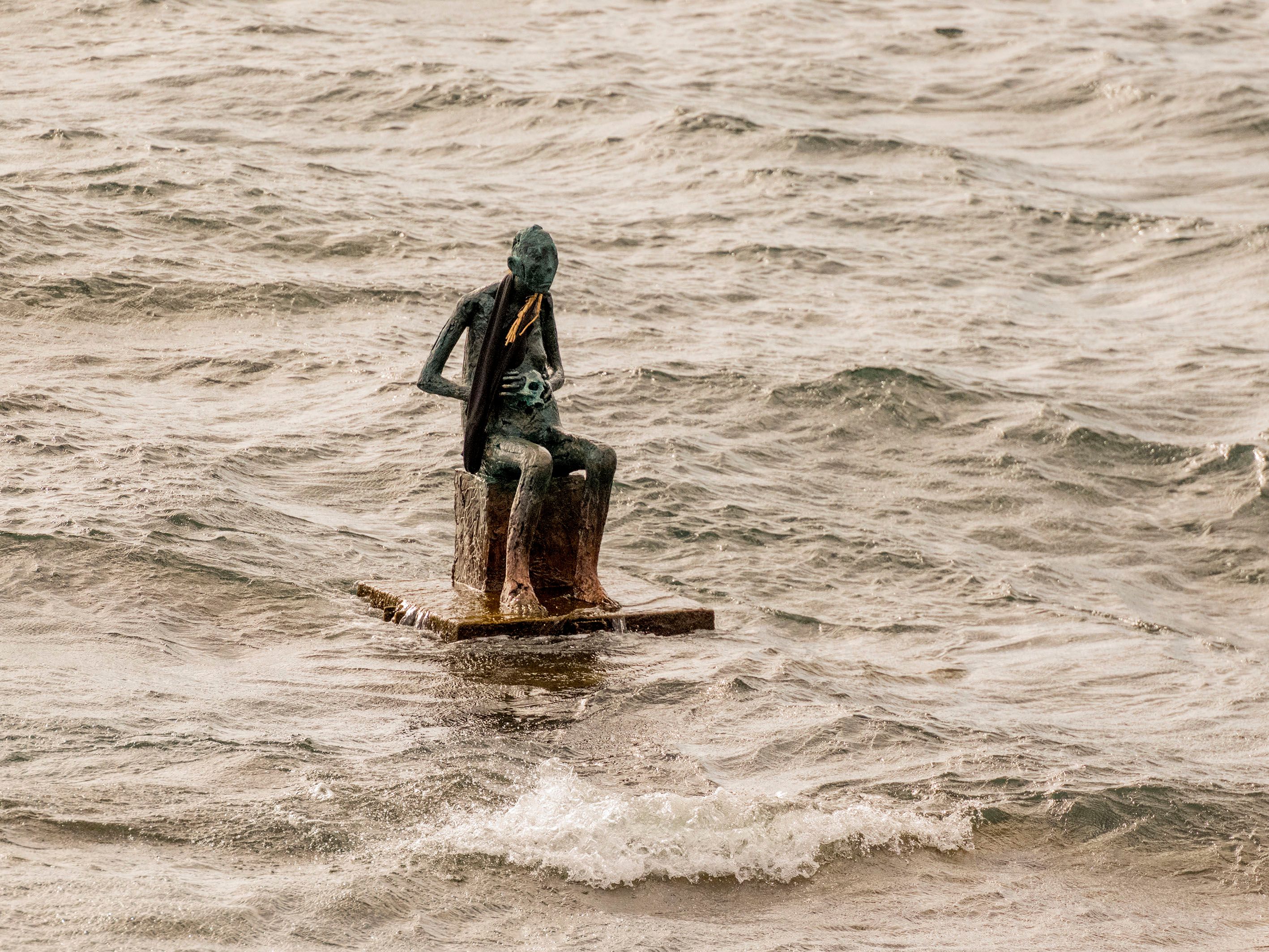 The trend for underwater museums has reached the shores of France, with three aquatic sculpture projects taking the plunge this autumn.

The frontrunner is the Corsican collector François Ollandini, who on 19 September (weather permitting) will submerge three sculptures by Marc Petit in the Mediterranean Sea, perched on a rock beneath the 17th-century Isolella Tower on the west coast of the island. Seven other figures by the artist are already visible to scuba divers at the site, having been sunk to depths of 50-80ft last summer. Meanwhile, a sculpture of the goddess Gaia sits in the shallows in front of Lazaret Ollandini, the collector’s Ajaccio home and private museum dedicated to Petit’s work. The inspiration came from a diver friend who suggested extending the property underwater five years ago.

Ollandini has commissioned a further 18 sculptures from the artist for a location that is still to be determined. Confident he will be granted the necessary permit from the state authorities, he envisions a fishing- and sailing-free zone that will turn the sandy coastline north of Ajaccio into a popular diving site. All the works will become part of a collection he has promised as a gift to the city museum, Palais Fesch.

Petit is also contributing one sculpture to Marseille’s Musée Subaquatique, a snorkelling-friendly attraction expected to open on 24 September, with ten pieces by different artists installed around 16ft under the city centre beach Les Catalans. Its founder Antony Lacanaud has cited the model of Mexico’s Museo Subacuático de Arte, created in 2009 by the British sculptor Jason deCaires Taylor off the coast of Cancún. His 500 life-sized statues in non-toxic, pH-neutral cement double up as an artificial reef stimulating coral growth. 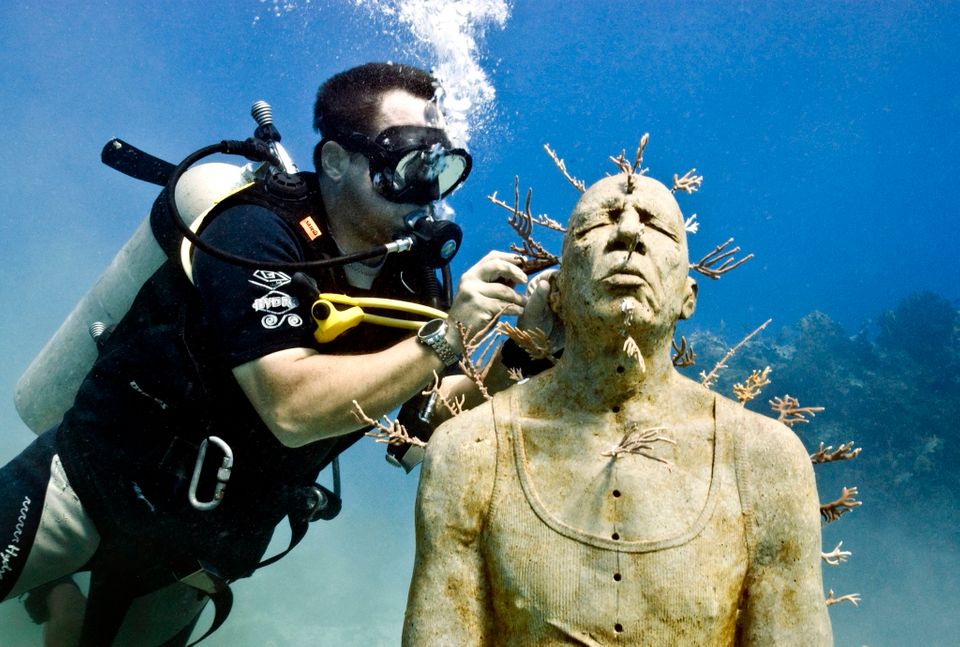 The British sculptor Jason deCaires Taylor putting the finishing touches to a work off the coast of Cancun, Mexico, in 2009

Taylor set up the world’s first underwater sculpture park in 2006 in the Caribbean Sea, followed in 2016 by Europe’s first, Museo Atlántico off Lanzarote. He is now preparing six works for a submarine display opening in early November to the south of Sainte Marguerite, a small island in the Bay of Cannes. Taylor’s 8ft-high sculptures—based on casts from the faces of local volunteers—will be placed 13ft below the surface, so swimmers will have no need of scuba equipment to view them.

Like Cancún, the Cannes underwater art park also has an ecological mission. The project, which was commissioned by the local government, has doubled the size of a neglected swimming zone, and the waters have been cleaned for the occasion. The city authorities of both Cannes and Marseille are planning partnerships with local schools, using the new attractions to educate students about marine conservation.