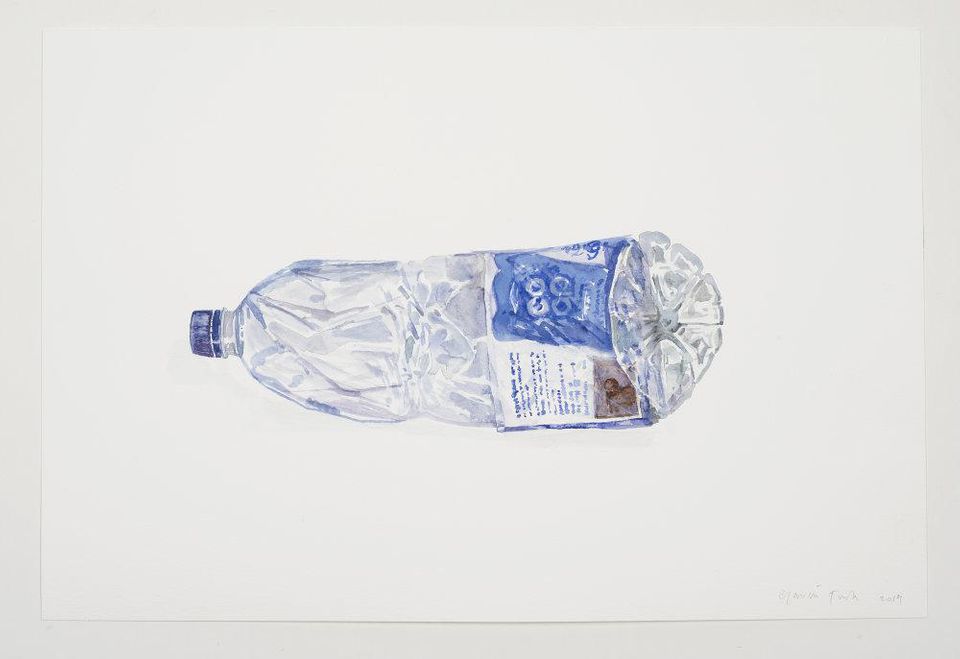 The UK artist Gavin Turk has made new works inspired by the climate change movement Extinction Rebellion, including a series of watercolours that highlight the perils of plastic waste. The show, due to open at Reflex Amsterdam gallery later this month (Letting Go; 19 October-6 December) in the Dutch capital, reflects on consumer society. “Climate is increasingly becoming a vital subject for artists as they hold up their mirrors to society,” the artist says in a statement.

Turk was arrested last year for obstructing a public highway near Lambeth Bridge as part of the Extinction Rebellion protests in London. He says that such activist movements “wake up politicians to the undeniable evidence that humans are responsible for a dramatic change in the world’s ecosystem”.

On the delicate subject of the art world’s carbon footprint, he says: "The art world, like all industry, has to reduce carbon emissions wherever and as much as possible. Science is proving the problematic human impact on the planet. Unfortunately, behavioural change in the art world concerning carbon emissions is a challenge to the individualism and consumerist fetish, and therefore would be something of a taboo subject.”

Bronze sculptures of everyday items are due to go on show alongside large-scale silkscreens. Plastic detritus, depicted in watercolours or cast in bronze, is a major obstacle, Turk says, focusing on single-use containers. “PET plastic is highly recyclable yet big companies believe that consumers would not buy a slightly murky or imperfect bottle.”

According to the Guardian, Turk will also display rows of plywood cases in the gallery windows filled with 500 bottles gathered on the streets of London. The artist also plans to sell bottles of his own urine in a bid to buy a can of excrement produced by Piero Manzoni for his Merda d’Artista series (1961).