This year’s Public sector is about “reclaiming territory in a very literal—and metaphysical—way,” says the Swiss curator Philipp Kaiser (below, with Daniel Knorr’s sculpture), who organised the exhibition of large-scale sculpture, video and sound art in Collins Park. “The painter Ad Reinhardt once said: ‘Sculpture is something you bump into when you back up to look at a painting.’ But sculpture is much more than that. It’s a piece that creates a site.” Kaiser, formerly the director of the Museum Ludwig in Cologne and senior curator at the Museum of Contemporary Art, Los Angeles, has brought 11 artists to Miami Beach. Some have recreated or expanded on earlier pieces and others have created new works especially for the exhibition. 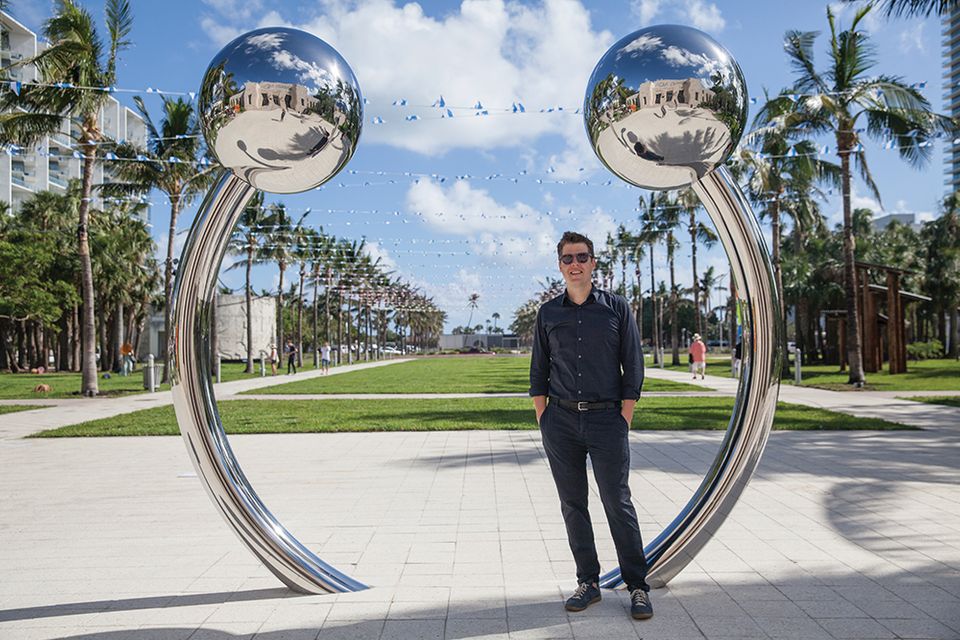 “It’s a nod to Piero Manzoni’s Socle Du Monde (base of the world), made in 1961, in which he put an upside-down pedestal on the ground and declared the earth to be the sculpture. It’s about claiming the earth as yours. And I think Daniel is in correspondence with that work, the navel of the world at Art Basel this week.” 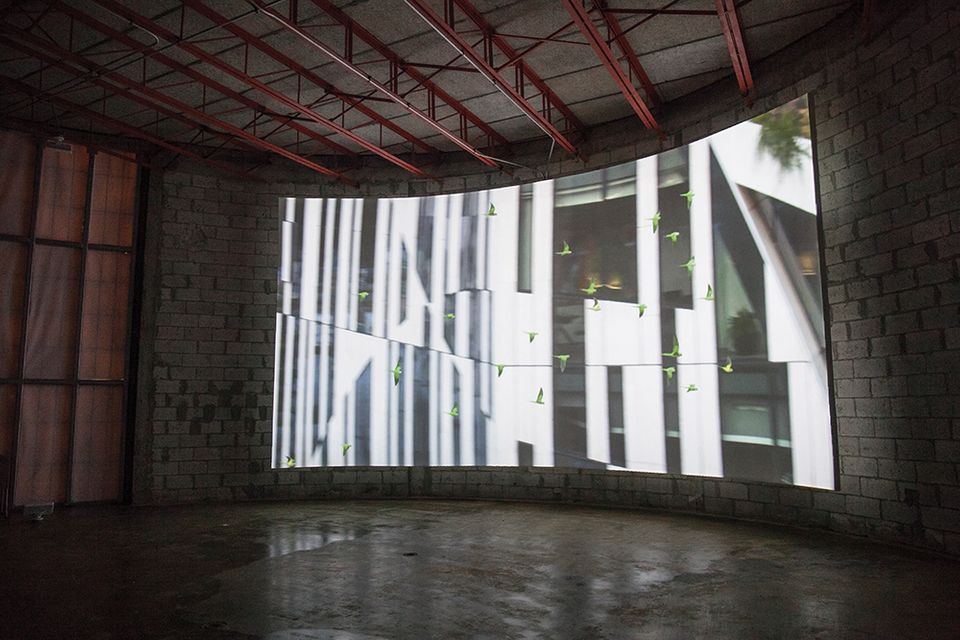 “He’s realised a lot of land art-related pieces, but this is a video he shot in Königsallee, the main boulevard in Düsseldorf. You can see these green parakeets flying up and down—and parakeets are, of course, not native to the Rhineland. The work is two years old, but in light of the refugee crisis, it’s a beautiful allegorical piece, when you think about displacement and who belongs where. He shot it with a handheld camera and it’s a little slowed down. It feels really dreamy and you can’t tell if some of the birds are animations.” 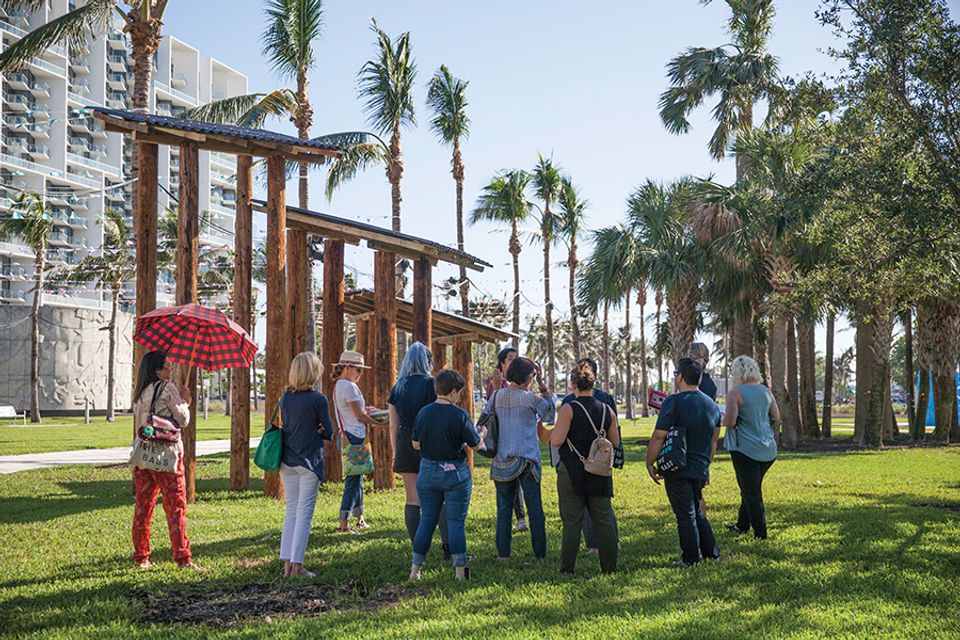 “His sculpture is like temporary architecture that also manifests as a monument, in a way. It’s three structures. The material is telephone poles but the roof is corrugated steel, which is what his family’s house was made of. For him, it’s also a stage or a structure that can be used by homeless people or teenagers who want to make out. It’s a shelter for multiple situations in your life.” 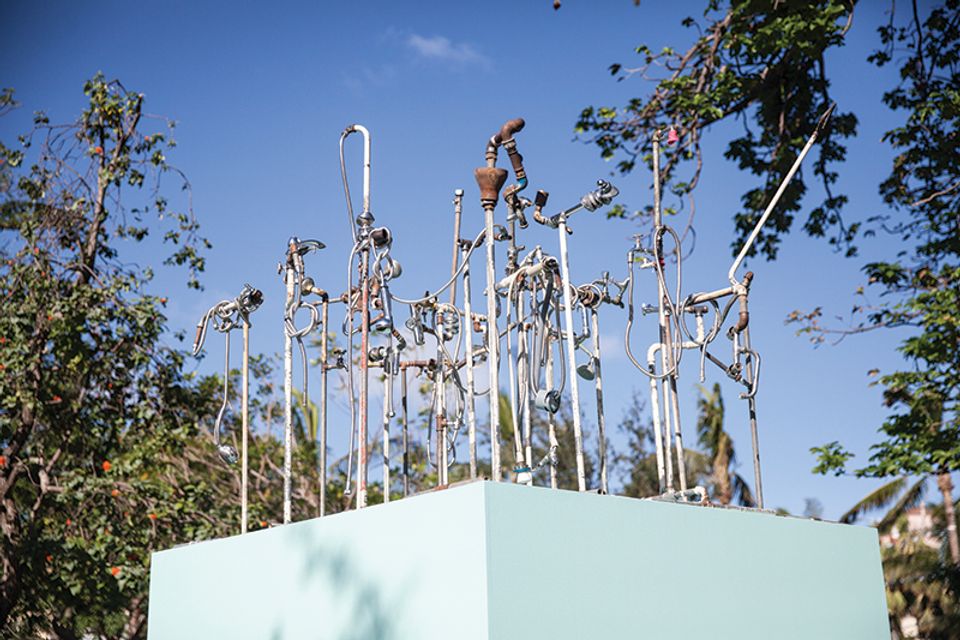 “This work seems to be a reinvention of the monument. The plumbing collage that sits on top of it feels like a conceptual sculpture, and the pedestal is like a crate; what’s on top could fit inside. The idea of artists creating public monuments was more or less lost in the 20th century through abstraction­—but artists are now trying to reactivate that through the self-confident quality of sculpture.” 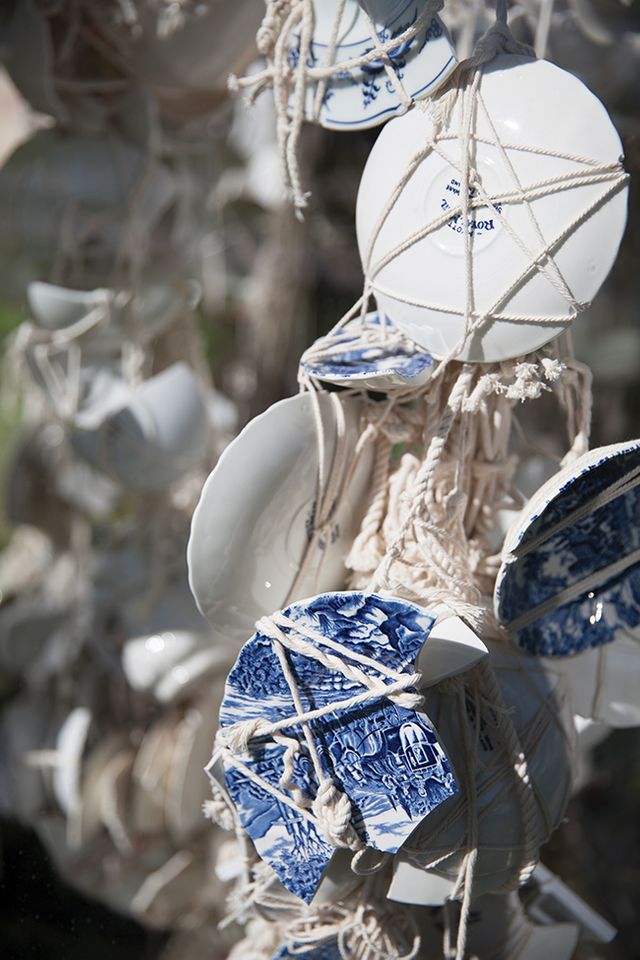 “It’s a very poetic sculpture by a young Chilean artist who is based in New York. It’s narrative, but at the same time, it presents the act of domestic violence in a very archaeological, non-narrative way. It is broken ceramics held together by rope. When you see it at night, the structure completely dematerialises.” 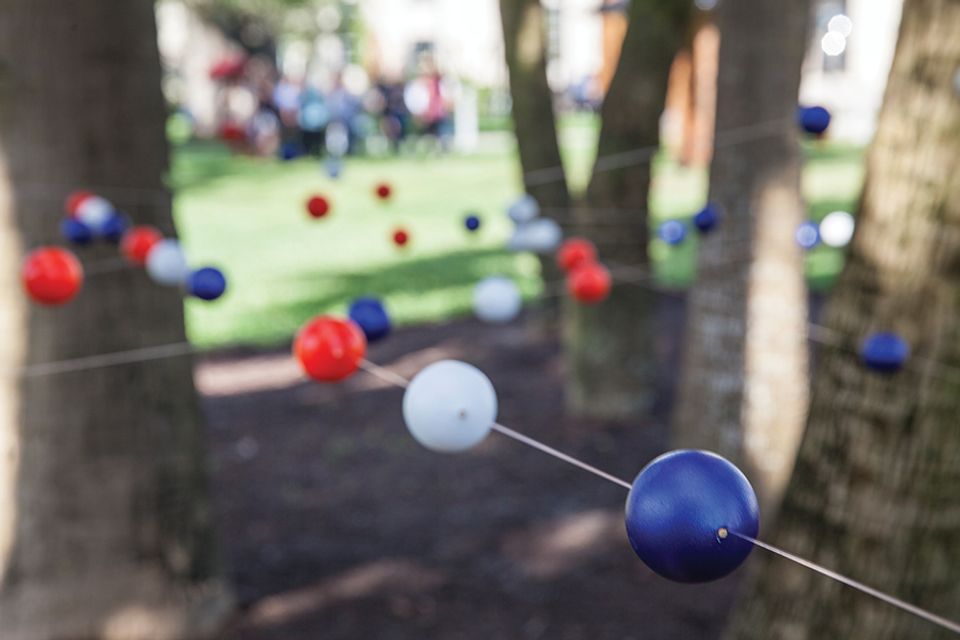 “It’s the first time he’s shown a piece in the US. He’s turned this mangrove forest into a really compelling environment. It feels like a molecular model, and the artist really likes the vibrations caused by the wind here. And when the music is on, the piece kind of dances to the music.” 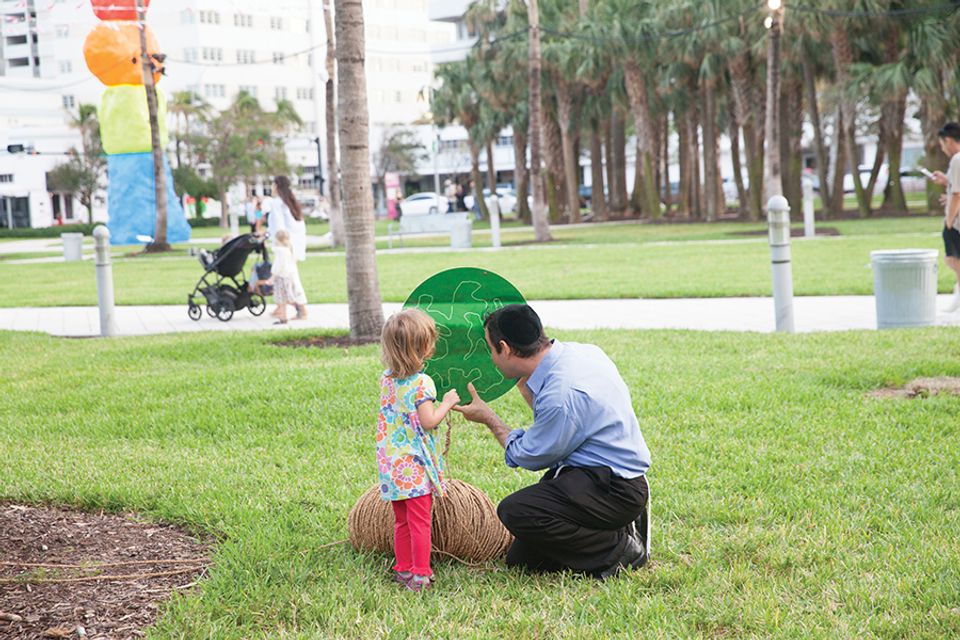 Frida Baranek, Reflections on the Horizon (2017)

“It’s a participatory piece; you can take one of these discs, hold it against the horizon and see a beautiful drawing etched on the different colours of acrylic glass. But it also acts as a mirror.” 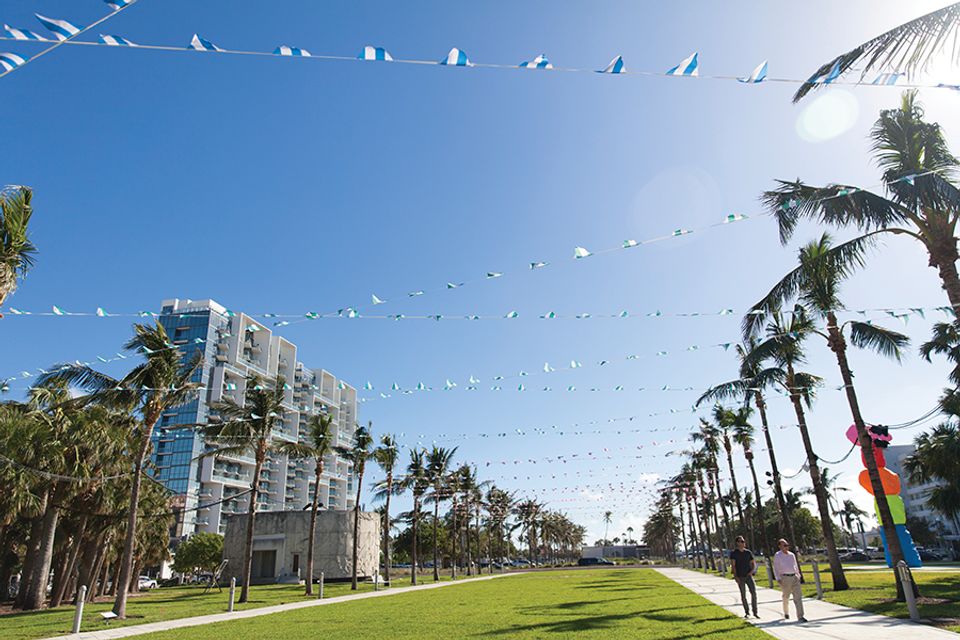 “He’s the master of site-specificity. The piece was originally shown in Documenta 7 in 1982, in front of the Fridericianum in Kassel, and when you translate this piece to Miami, one thing that feels really odd and awkward is the classical music. It’s so high culture and European, and to see and hear that in Miami Beach is pretty crazy. I always thought it was a really cool piece because it makes fun of the art fiesta, and Art Basel is the perfect context for that. Even art people who know Daniel Buren didn’t recognise it at first—they thought it was a leftover from a party. And I kind of like that.”