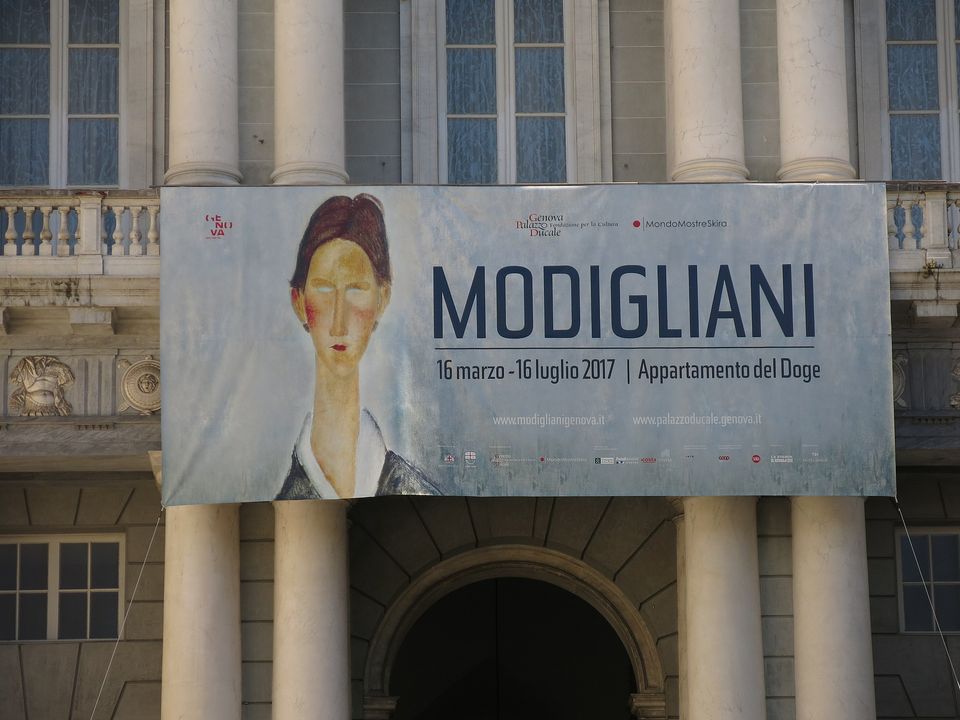 Italian police seized more than 20 paintings from a Modigliani exhibition at Genoa's Palazzo Ducale in 2017. A US dealer says insurers owe him $107m as 12 works he loaned remain in the hands of authorities. Wikimedia Commons/Enric

A group of paintings that were confiscated by Italian authorities in 2017 as suspected fakes are now at the centre of an insurance tussle in New York. Six European insurance brokers have asked a Manhattan federal court to throw out a lawsuit brought by a US dealer, who is seeking hundreds of millions of dollars in coverage from them for paintings attributed to Amedeo Modigliani and Moïse Kisling.

Joseph Guttman, who owns Global Art Exhibitions Inc, alleges that the insurers, led by the German fine art insurance broker Kuhn & Bülow, have refused to cover the costs of retrieving the seized works despite insuring them for more than $107m. The paintings include six attributed to Amedeo Modigliani, three to the French painter Moïse Kisling and another three purported to be collaborations by the two artists, according to the dealer’s original complaint, filed with the court in February.

In a countersuit filed this month, however, the insurers, led by Ergo Versicherungs AG, allege that Guttman’s case is a coverage dispute about whether European insurers should cover his company’s legal bills under a policy issued in Germany and governed by German law. Therefore, they argue, the case should not be heard in front of a New York jury.

The works at the crux of the controversy were part of a cache of 21 paintings seized by Italian police from a Modigliani exhibition held at the Palazzo Ducale in Genoa in 2017 after an art critic, Carlo Pepi, raised suspicions about their authenticity. The show was closed three days early and experts later concluded that 20 of the works may be forgeries after a months-long preliminary investigation.

In his claim, Guttman, who loaned a dozen works to the exhibition and is now being investigated by Italian police, says the insurers are likely refusing to pay out their policy coverage in an attempt to “influence the Italian government to rule that the pieces are fakes”, which would let them off the hook for paying him and other owners of the confiscated works.

“Global and the other lenders of paintings for the exhibition are and have been injured in connection with their ownership of their objects of art and in their defence against the unfounded accusations of forgery by virtue of being deprived possession of their works and by being deprived of the funds with which to obtain their return and establish their authenticity,” the lawsuit alleges.

According to the court documents, under the policy, the insurers provided an additional $6.7m (€500,000 per painting) specifically to cover artwork recovery costs. The policy was also allegedly labeled “nail to nail”, which covers all risks to the insured paintings while on loan, including physical damage and theft. Since the paintings were not returned after the close of the exhibition because they had been confiscated by authorities, Guttman believes the insurance companies should cover his losses under this clause. 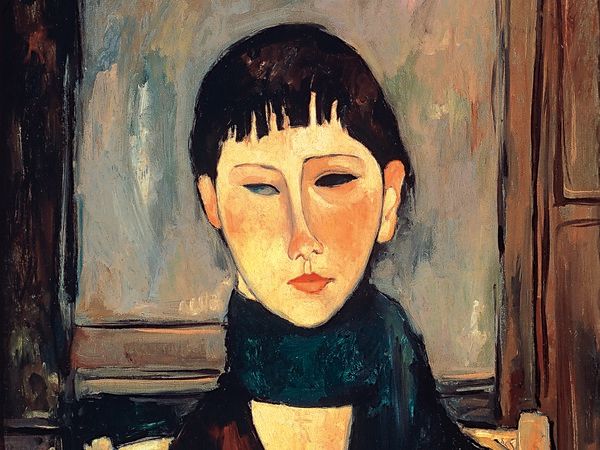 The paintings are still in police possession as investigations continue; a new round of hearings began this month after being delayed from June, but have now been postponed until January 2021. The pool of suspects involved with the fake paintings has grown to six, with Guttman still among them. Italian prosecutors have been examining evidence to determine whether there is enough to press charges, which could include fraud and receiving and circulating false works.

In their motion to dismiss Global Art’s lawsuit, the insurers say that there is "zero connection" between New York or the US to the case because all the witnesses and documentation are based in Europe. The brokers argue that they will have no payment obligations to Guttman or other owners of the works in question until the underlying Italian legal proceedings are done about two years from now. “If and when [Global Art Exhibition’s] demand ever ripens into a justiciable claim, any dispute over its entitlement to payment under the policy should be resolved in Europe,” the court documents say.

“The Italian authorities continue to hold several masterworks without adequate justification. Global Art is working tirelessly to secure their swift return to the rightful owners and to vindicate the authenticity of the works. The insurers are resisting [our client’s] effort with all their considerable might,” Guttman’s lawyer, Mark C. Rifkin of Wolf Haldenstein Adler Freeman & Herz LLP, tells The Art Newspaper. “We will vigorously oppose the motion to dismiss so that Global Art gets its day in court in the United States and can prevail in the proceedings in Italy. We look forward to a judicial determination of the insurance coverage on the merits rather than on any technical procedural grounds.”

After the paintings were deemed fakes in 2018, Guttmann told The Art Newspaper that he “firmly believes the paintings are authentic, as also confirmed by their previous certifications, scientific analysis and inclusion in important exhibitions and publications”.

Isabella Quattrocchi, an independent expert appointed by Italian prosecutors to assess the works seized in 2017, stated in her written report submitted to authorities that in “terms of both style and the pigments [used]”, the alleged paintings by the early 20th-century artist are “crudely forged”. She adds that the frames come “from countries in Eastern Europe and the United States, and cannot be linked to Modigliani’s context or historical period”.

After the exhibition closed early, Palazzo Ducale officials said that the palace is the “injured party”, and will “seek a reimbursement of the copyright damages which we have suffered”. The show drew more than 100,000 visitors while it was on view, many of whom sought reimbursement for their ticket costs.

Modigliani’s portraits, with their signature long necks, are some of the most frequently faked blue-chip artworks circulated on the market. Just last month, another legal battle between the French scholar Marc Restellini and the Wildenstein Plattner Institute (WPI) once again laid bare the bitter rivalries in the lucrative field of Modigliani attribution and the reputations at stake when. Restellini’s complaint exposed a seemingly problematic unnamed Modigliani painting, which was sold last year for nearly $5m at Christie’s. The artist’s iconic Nu couché (sur le côté gauche) sold at Christie’s New York for a record-setting $170m in 2015 and another, similar work titled Nu couché sold at Sotheby’s in New York for $157.2m in 2018.