When he was walking through an antiques market in Seoul, the Korean artist Lee Wan stumbled across a wooden box. Inside, he discovered 1,400 photographs by a journalist and amateur photographer born in 1936, who he nicknamed Mr K. This photographic archive, tracing the country’s turbulent history, will form the heart of an installation at this year’s Korean Pavilion at the Venice Biennale (13 May-26 November). “It’s a mix of reporting and personal images… It shows the socio-political context surrounding him and our grandfathers and what they went through,” says the exhibition’s curator Daehyung Lee, referring to the 1960s presidential dictatorship and democratisation of Korea.

Photography-based works have become increasingly prevalent in contemporary Korean art. Lee estimates that almost 90% of artists he knows are using photography as part of their process or as their main medium. Hoon Jung, an assistant professor of photography and related media at Keimyung University has also noticed a rising numbers of students working with photography from several departments, including painting and sculpture.

Interest from the West “Many artists who use photography as a medium actually use a variety of tools, so people aren’t necessarily aware of them as photographers,” says Zoe Chun of Kukje Gallery in Seoul. “Western institutions are definitely becoming more interested in these works.” Until recently, pioneers from the 1980s, such as Bae Bien-U, known for his ethereal pine tree photographs, and Koo Bohnchang, known for his images of porcelain vessels, have been most prominent in the West. However, a new wave of photographers has been gaining recognition in recent years. “They have been little known compared to artists from China and Japan but they are gradually becoming conspicuous in tandem with popular Korean artists from the Dansaekhwa monochrome movement,” says Jung. 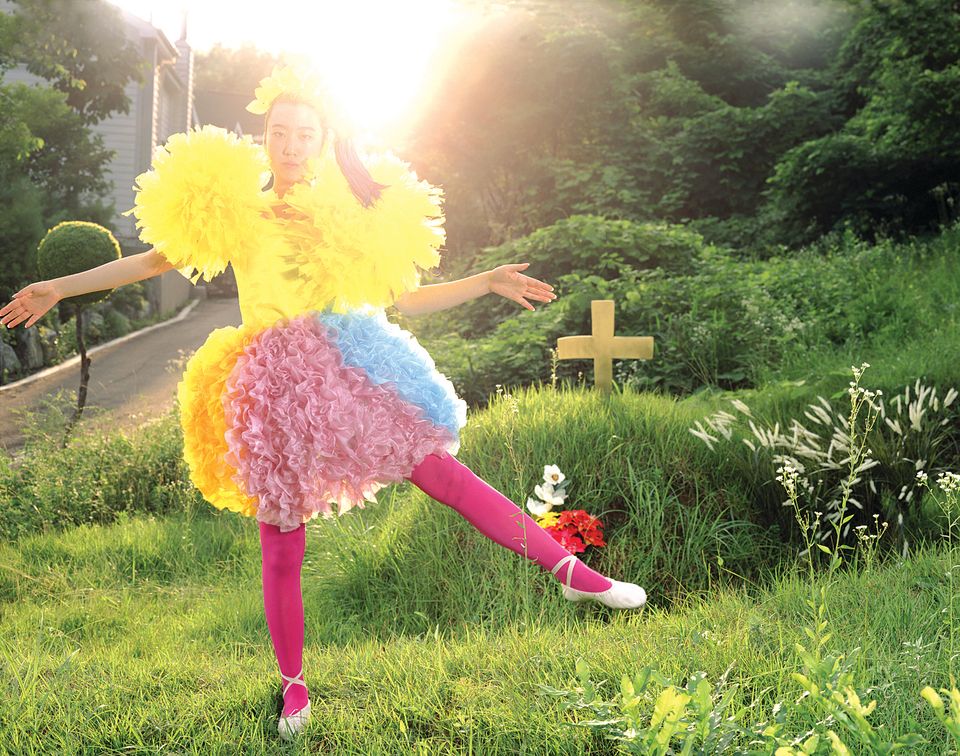 The photographer Yeondoo Jung, for instance,who was shortlisted for the 2011 Prix Pictet for his portraits of Korean families now has works in the collections of the Museum of Modern Art, New York, and the Calder Foundation. Late last year, the Los Angeles County Museum of Art (Lacma) acquired a work by Park Chan-Kyong, a video artist and photographer who explores the politics surrounding the Korean War. More established names are also cropping up in museums such as New York-based Jungjin Lee whose exhibition at Switzerland’s Fotomuseum Winterthur closed last month. She shoots black-and-white images printed on Korean mulberry paper brushed with photosensitive emulsion.

Within Korea, institutional support for photo-based artists has grown. Last year the National Museum of Modern and Contemporary Art (MMCA), Seoul, held a landmark exhibition, Public to Private: Photography in Korean Art since 1989. The curator, who is the institution’s former managing director, Ji Yoon Lee, says the exhibition was long overdue: “In 47 years, there have been about 15 [group] exhibitions related to photography in Korean museums. It’s a very small number,” she says, considering the volume of museum shows produced annually and the burgeoning number of photographers in the country. Only a handful of galleries focus on the medium, but now, together with several photography festivals, which began in the early 2000s, there are two leading specialist museums: the Museum of Photography in Seoul and GoEun Museum of Photography in Busan.

The MMCA, among other museums, is also acquiring photographs by younger and older generation artists. “[In the past decade] there was a social and cultural change in Korea. The government had liberal and progressive ideas. Public institutions such as the National Museum of Modern and Contemporary Art were inspired by this mood and became open to new media and photo works,” says Jung. Among the artists added to the MMCA collection was Noh Suntag, a former photojournalist who humanises the masses of performers at North Korea’s Arirang Festival by honing in on awkward moments of young dancers who are out of sync.

North-South division Several other photo-based artists also focus on socio-political themes related to the divided peninsula. For instance, Seoul-based photographer Che Onejoon’s images depict the entrances of bunkers built to block North Korean spies entering the south by tunnels. For another series, he shot North Korean-built monuments in African countries, which served as a form of cultural diplomacy. His images were featured in the 2015 New Museum Triennial in New York. The artist Seung Woo Back is also fascinated by North Korea. For his series Blow Up (2004-05), he re-examined censored photographs from his visits to Pyongyang. Zooming into the snapshots, he created magnified versions of the images offering an unusual glimpse into the secretive country. “We look at North Korea as an enemy as well as a kind of family. At the same time, our thinking is close to Western thinking,” says Hoon Jung, adding, “Many Korean photographers deal with the issue of ‘who am I?’ and the kind of operational forces imposed on them.”

Jung says that photography has grown quantitatively and qualitatively in Korea but curatorship and the collector base for the medium still need to mature. “It’s a pivotal point for Korean photography—it could either become fully enriched or just remain exotic images in the eyes of the art world.”