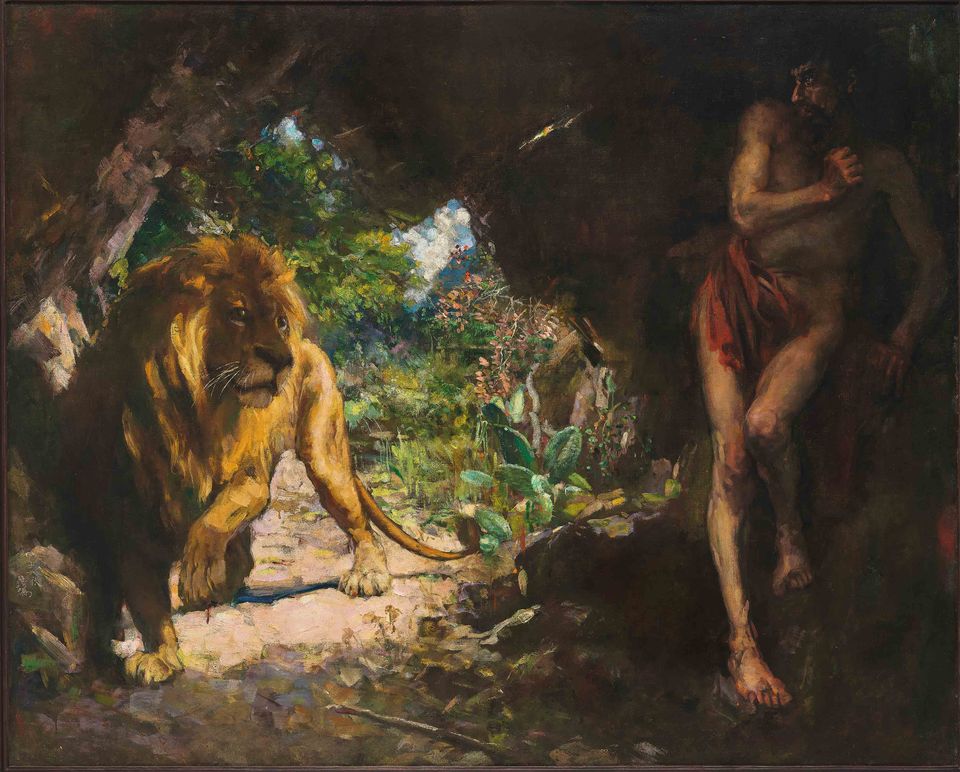 Christie's will offer an early oil painting by the 20th-century Chinese Realist artist Xu Beihong with a price tag of £32m to £41m, the highest estimate placed on an Asian work of art by a Western auction house.

Slave and Lion (1924) will be presented in a single lot sale, immediately after Christie's 20th and 21st century Evening Sale in Hong Kong on 24 May.

The most expensive Asian work sold by Christie's currently stands at £41m for Wood and Rock, an 11th-century handscroll by the Chinese calligrapher Su Shi.

However, the Xu work will need to surpass its high estimate to beat the record holder for an Asian work sold by a Western house—a ten-metre oil painting by the late Chinese-French artist Zao Wou-ki that made £46.4m at Sotheby's in Hong Kong in 2018.

And, it is unlikely to beat the overall record holder for an Asian work of art, Qi Baishi's Twelve Landscape Screens (1925) that sold at Hong Kong-based Poly Auction for £100m. It is the only Asian art work to achieve eight figures at auction. It is not customary for Poly to give estimates for works.

Xu Beihong is known as the forefather of Modern Chinese art education and a pioneer in the field of Chinese Realism. The work is based on the Roman myth of Androcles—the runaway slave who was captured and thrown into the Colosseum with a lion. To the crowd's surprise the lion does not attack him, recognising Androcles as having removed a thorn from its paw some time earlier.

There are only six existing oil paintings by Xu. A study on paper for Slave and Lion is held in the collection of the Xu Beihong Memorial Museum in Beijing.

Although its Western subject makes it an outlier among other top lots of Asian art, which tend to depict traditionally Asian themes and landscapes, it made the record for a Chinese oil painting when it was last sold in 2006 by Christie's for HKD53.8m (£5.4m). 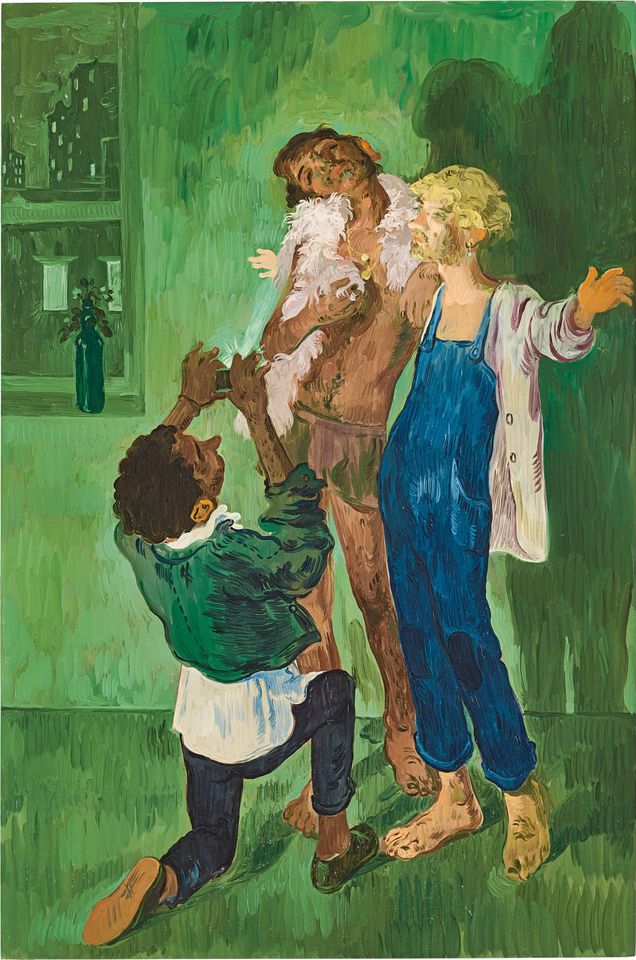 Christie's is no doubt emboldened by its recent sale of Basquiat's Warrior (1982), which became the most expensive Western work of art to sell in Asia, though on something of a technicality, as it was offered in a single-lot sale before the auction continued onto London.

These figures come during a robust year for the East Asian art market, which overtook the US in auction sales in 2020. In keeping with this trend, last night saw strong results from Sotheby's Contemporary Evening sale in Hong Kong, where a growing demand for younger Western names brought in a total of $122.5m (with fees), a record high for a contemporary art sale at Sotheby’s Asia, according to the auction house.

Other fast rising stars Avery Singer and Toyin Ojih Odutola also made their highest prices ever ($863,314 and $832,000 respectively). Both works were bought by Asian collectors, according to Sotheby's.

The previous evening, during two consecutive Modern art evening sales, Sotheby’s Hong Kong sold a monumental abstract triptych made in 1986 by Chu Teh-Chun for HKD229.6m ($29.5m) and Picasso’s Buste de matador (1970)—once in the Nahmad family collection—for HKD140m ($18m with fees) against a high estimate of $12.9m.

about 15 hours ago
As a Sotheby’s auction looms, scholars protest against Newark Museum of Art’s plan to sell a Thomas Cole painting and other works