Must-see shows in Basel this week

The Beyeler Foundation’s Wolfgang Tillmans survey is the institution’s first comprehensive exhibition dedicated to the medium of photography. With more than 200 works spanning the three decades of the German artist’s career, including abstraction, figuration, vast differences in scale and Tillmans’s distinctive method of installation, the survey exemplifies many of the key elements of exhibiting contemporary photography. Among the highlights are images from the early 1990s of the youth culture he was a part of around the time he moved to London from Germany that first put Tillmans on the art world’s radar. In contrast, his close-cropped and often saturated colour landscapes made 20 years later show another, more contemplative side to his work. In an essay accompanying the exhibition, the Beyeler’s senior curator Theodora Vischer quotes Tillmans on the essence of his photographic practice: “It’s all a matter of the gaze, of an open, anxiety-free gaze.” 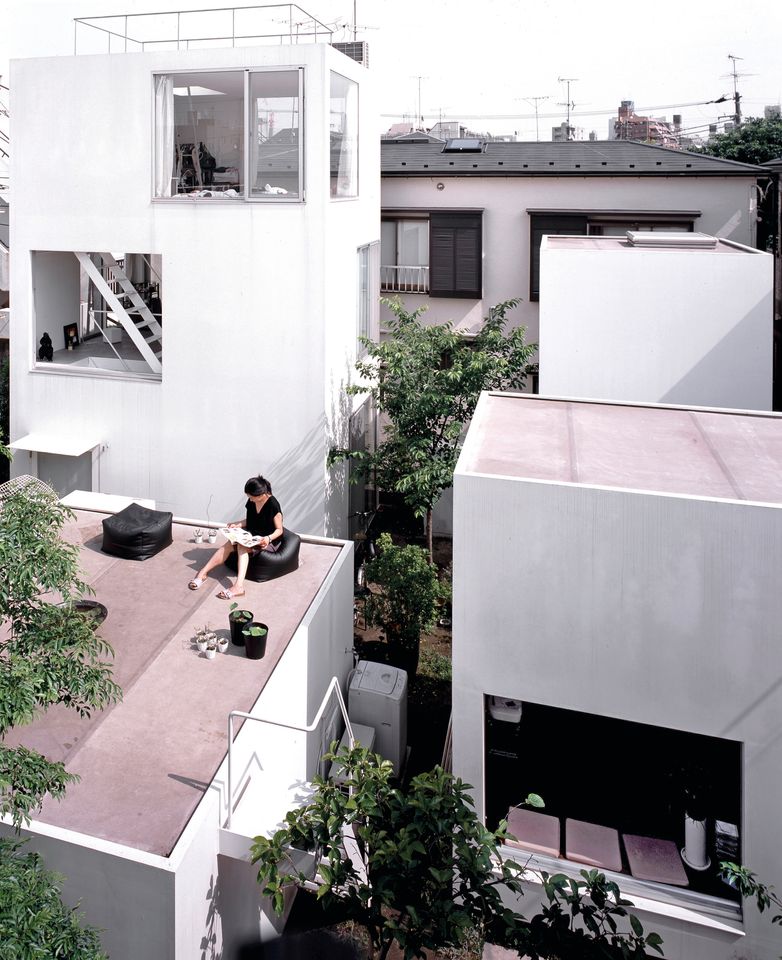 Together! The New Architecture of the Collective

As affordable housing becomes a rare find in major cities, two museums in and around Basel are tackling the issue head on by looking at alternative forms of housing. The Vitra Design Museum has a show that looks at the topic on a global scale, including housing schemes in Japan, Korea, Austria, the US, Germany, Spain, Denmark, Belgium and the Netherlands. “Switzerland is one of the hotspots of these new collective housing concepts. They are really avant-garde,” says Ilka Ruby, one of the show’s curators. The exhibition examines the history of co-operative housing, including the squats and communes of the 1960s, 1970s and 1980s that were seen as new models of communal living. According to Ruby, some of the activists involved in these movements in Switzerland are now developers who are behind some of the most innovative co-operative housing projects. The show also includes a re-creation of a “cluster apartment”, a recent collective living concept consisting of mini apartments that make up a larger shared flat. Visitors can walk through and see a series of photographs by Daniel Burchard, who has documented everyday life in eight collectives. Meanwhile, the Swiss Architecture Museum’s show Forum Basel: Urban Spaces for Communal Living (until 18 June) explores potential collective spaces in Basel. 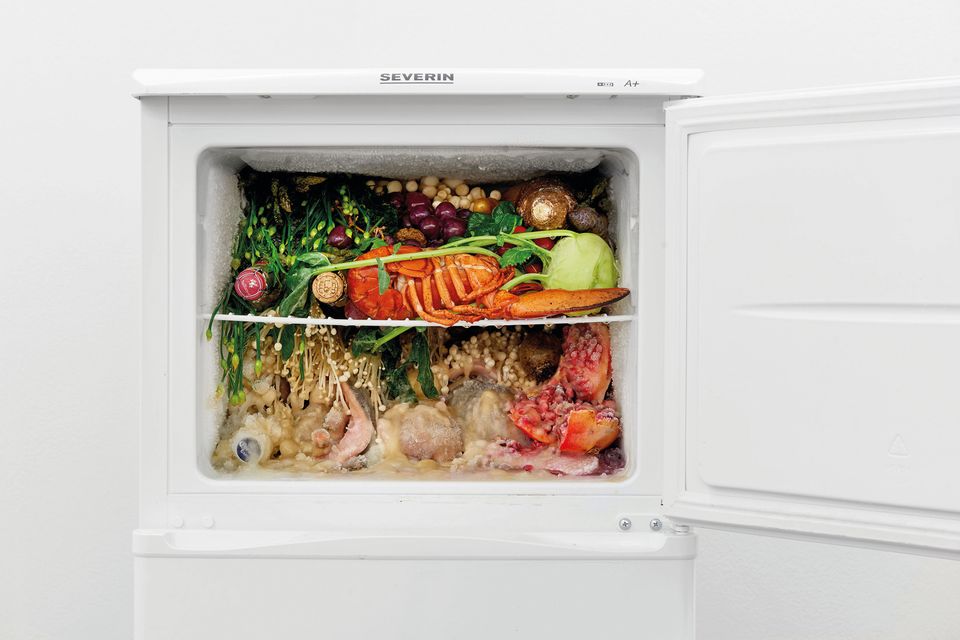 The Kunsthalle Basel puts our German linguistic and conceptual skills to the test with this sprawling thematic show of Modern and contemporary works. Ambiguously titled Ungestalt (the closest the press statement comes to defining this untranslatable term is “something that both is a form, and actively undoes that form”), the show includes drawing, photography, sculpture, textiles and videos that, in different ways, refuse to follow the rules of form. Spread across the five ground-floor galleries of the venue, the works include existing and newly commissioned works by 17 artists. The Croatian conceptual artist Tomo Savic-Gecan’s Untitled (2007-17) is one particular formless work that makes its presence known: it is made up of a mechanism that, in 2005, recorded the entry times of visitors to an exhibition in New York and now uses the data to fluctuate the humidity levels within the exhibition space. Among the Modern works are three small-scale, copper-plated erotic casts by Marcel Duchamp. 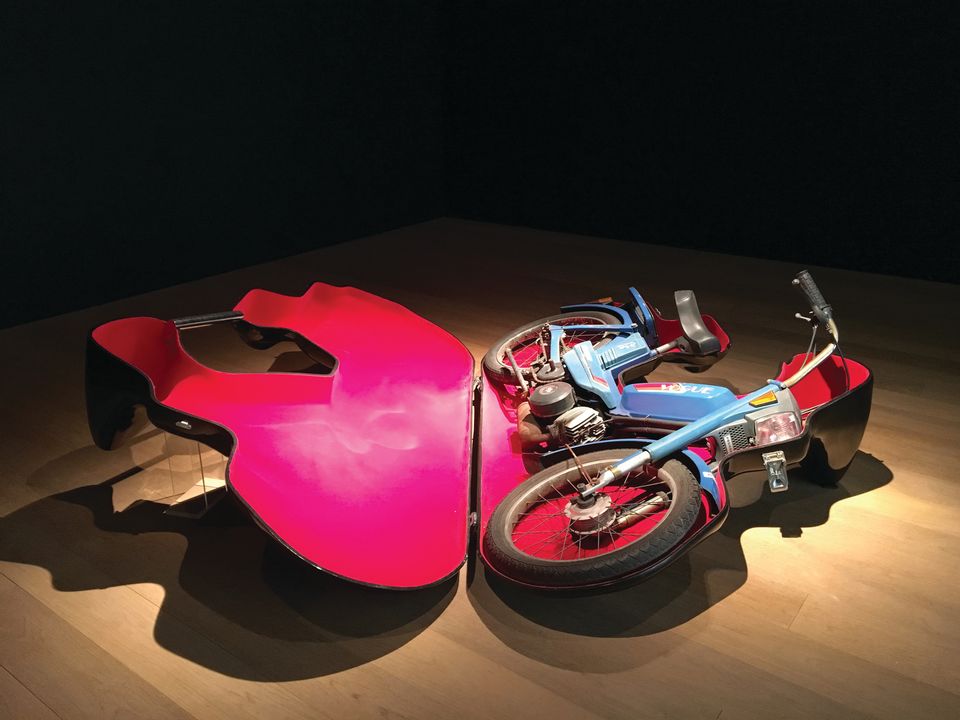 This is the first major retrospective in Switzerland of the Belgian artist Wim Delvoye. The show spans from early childhood drawings to recent works such as Cement Truck (2012-16), a full-sized steel lorry decorated with neo-Gothic tracery that has been installed outside the museum. Among the highlights (or lowlights, depending on your disposition) will be works from Delvoye’s Cloaca series. The excrement-making machines that recreate the process of human digestion were partly inspired by the mechanical works of Jean Tinguely. The survey will also include the controversial work Tim (2006-08), a tattoo on the back of a man named Tim Steiner who will be on show, topless, during the opening week. The work was sold to a collector in 2008 and when Steiner dies, his tattooed skin will be removed and framed. 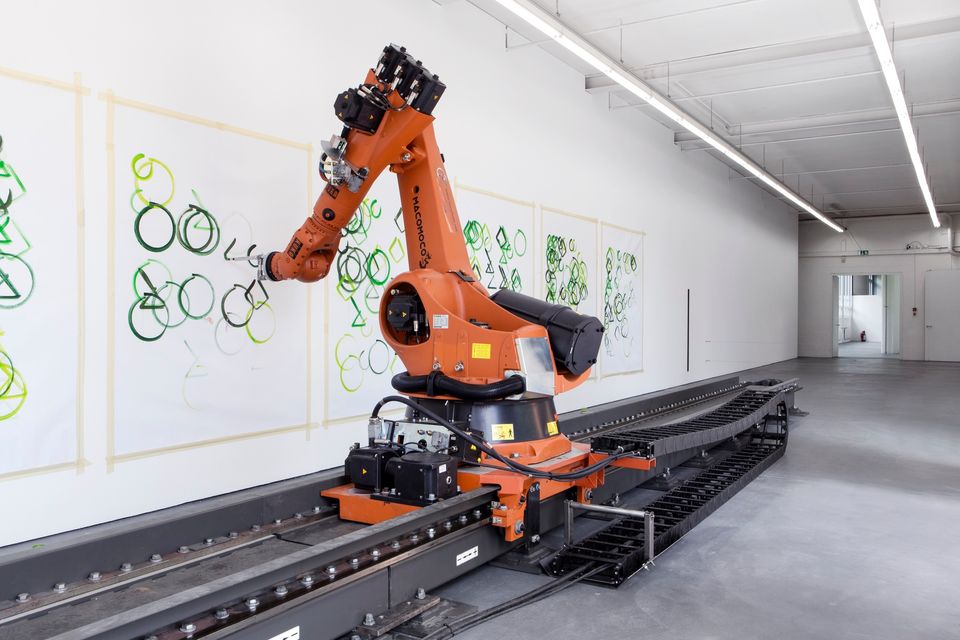 Golia’s machine artist at work in the Kunsthaus Baselland

Leave it to Piero Golia, the artist responsible for installing a globe atop West Hollywood’s Standard Hotel that lights up like a beacon when he is in town, to bring some theatrics to his solo show at the Kunsthaus Baselland. “You could say that trying to make a traditional exhibition with Golia is well-nigh impossible,” writes the museum’s director, Ines Goldbach, in a book on the Italian-born, Los Angeles-based conceptual artist that is due to launch during Art Basel. Referencing the idea of art as merchandise—something bought by the square metre—Golia decided to see whether he could “break the numbers” with the help of a robot that possesses an unusual talent: painting. The machine, which weights several tonnes, has taken over a hallway of the Kunsthaus and has free rein to run back and forth on 14 metres of track, painting abstract and geometric compositions as he (or she) goes. Visitors will play their part in the theatrics as the robot is activated when people approach it. 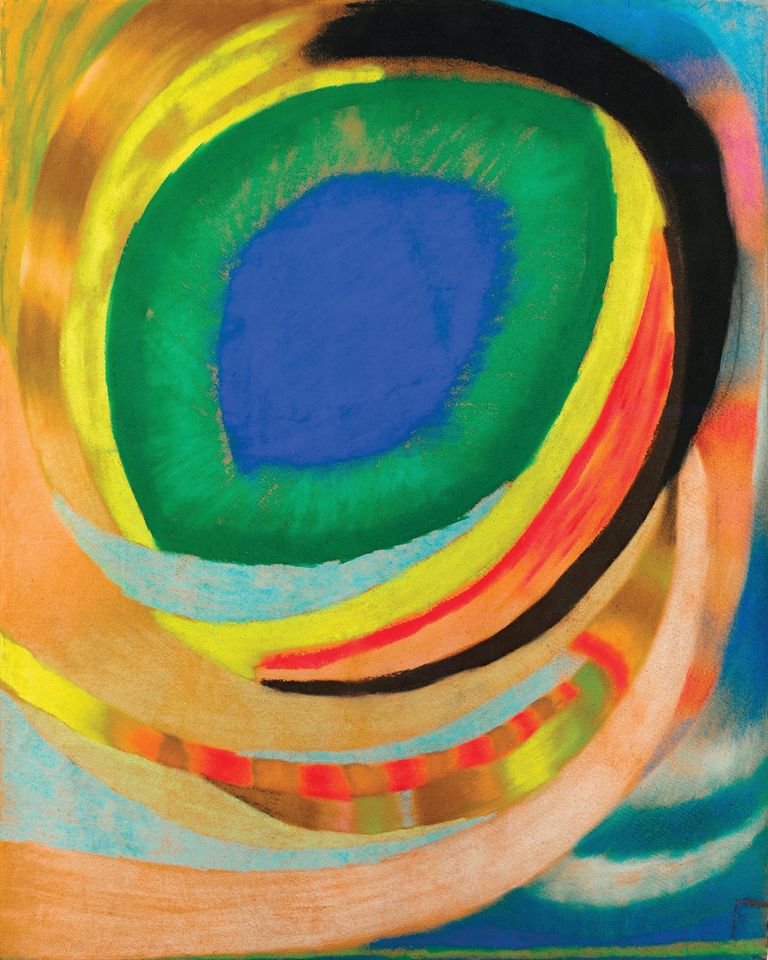 The Kunstmuseum Basel’s survey of the life and work of Otto Freundlich (1878-1943), who was murdered by the Nazis in 1943, is underscored by loss. Born in Pomerania (now Poland), his best-known work, the sculpture Large Head (1912), was re-named The New Man by the Nazis and put on the cover of the catalogue for their 1937 Degenerate Art exhibition. This piece, which resembles Easter Island moai, and many other of Freundlich's works are presumed destroyed. Photographs of some of the lost works are included in the show titled Cosmic Communism after what the artist called the universalism that guided his work. The 50 paintings, sculptures, works on paper and applied works in the show were made between 1909 and 1940 and demonstrate the artist’s skill with colour and his rectilinear and curvilinear abstract style that echoed across paintings and drawings into his 1938 mosaic triptych, Hommage aux peuples de couleur. 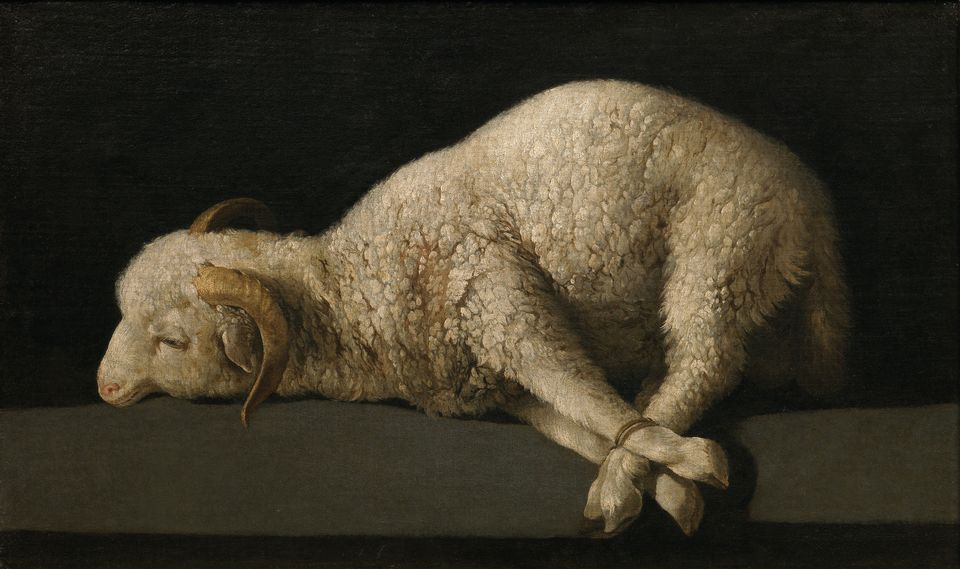 Twenty-six works from the Museo del Prado in Madrid are paired with pictures from the Kunstmuseum’s own collection in a series of “focused encounters” designed to allow the works to shed light on each other, according to the curator of the exhibition, Bodo Brinkmann. The show comes two years after the Basel museum lent ten works by Picasso to the Prado. Visitors can expect to see works by Holbein, Memling, Rembrandt and Goltzius shown alongside paintings by Titian, Zurbarán, Velázquez and Goya. Specific pairings include two very different representations of Christ made more than a century apart: the Kunstmuseum’s own Holbein the Younger’s Dead Christ in the Tomb (1520-22) and Zurbarán’s Angus Dei (1635-40) on loan from Madrid.