Belgrade-born performance artist discusses recasting opera for a younger generation, how the diva label is “dubious” and why sex is better post-menopause 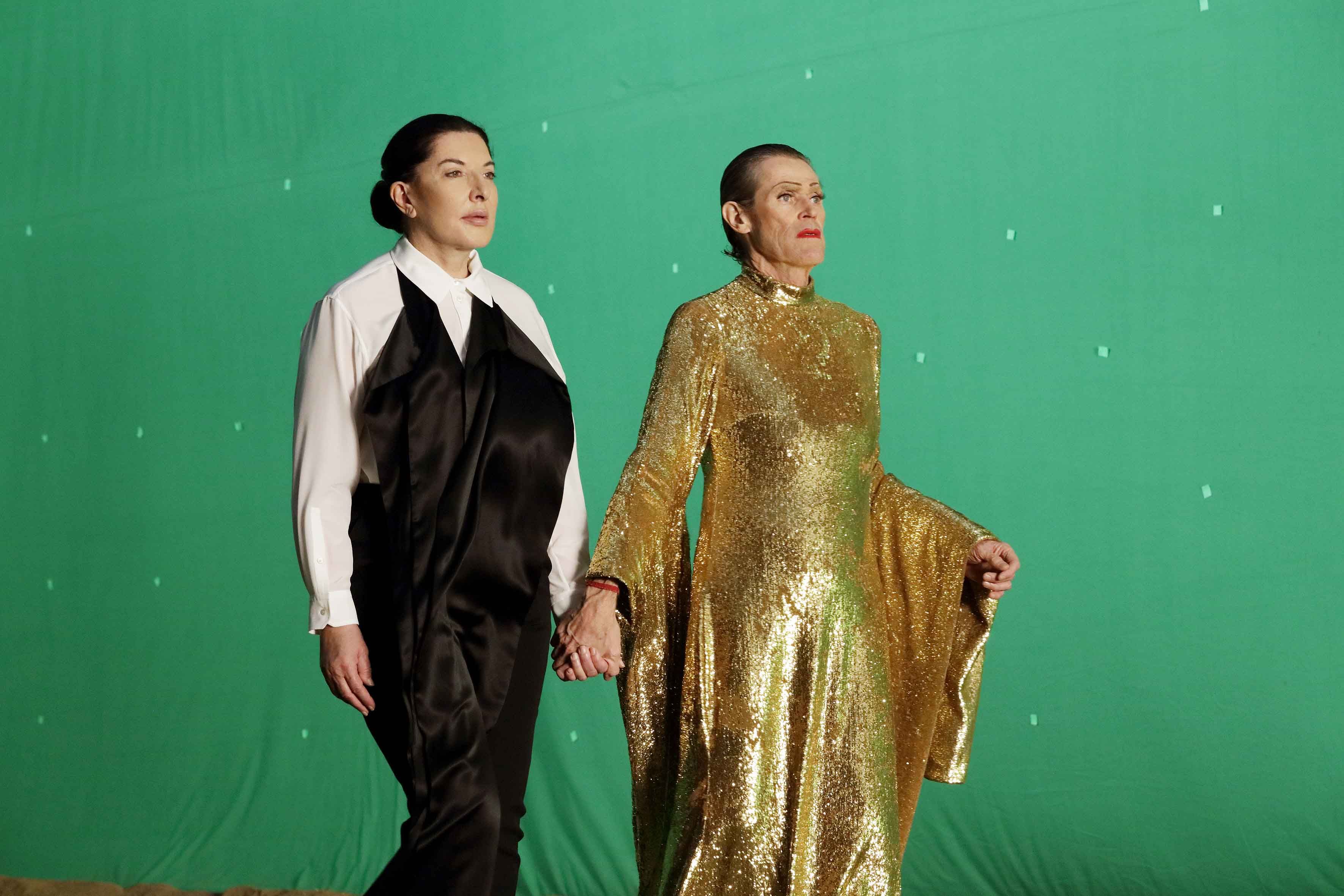 “Opera is boring,” the Belgrade-born performance artist Marina Abramovic tells a room full of journalists at the opening of a display of her alabaster sculptures at Lisson Gallery in London. “It’s always four or five hours, it’s too long…dying is much shorter.”

It is an astonishing statement from someone who has spent the past 30 years realising 7 Deaths of Maria Callas—part opera, part performance in which Abramovic invokes her heroine and lifelong obsession, the Greek-American soprano Maria Callas. It is also surprising for someone who has spent a great deal of her career making long-durational performances: three months of sitting in silence opposite thousands of visitors at the Museum of Modern Art or 512 hours of intense mindfulness at the Serpentine Galleries, to name a just a couple.

But Abramovic is recasting opera for a younger generation, making arias cool again. 7 Deaths of Maria Callas is just one hour and 36 minutes long; the cinematic version, titled Seven Deaths and now on show at Lisson’s Bell Street gallery, is one hour and 50 seconds. 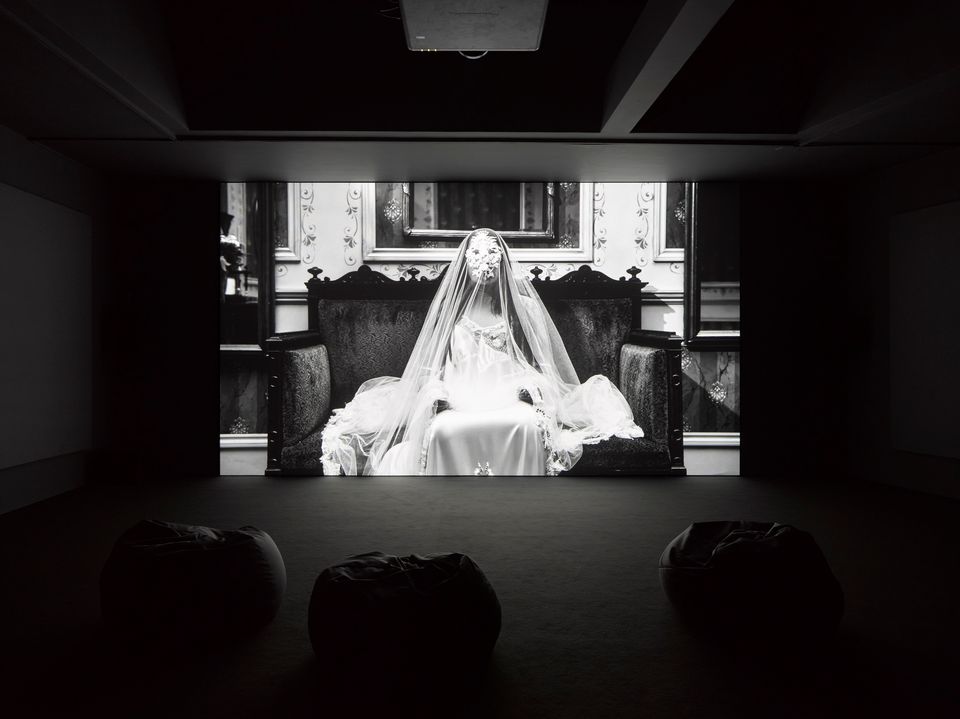 In the film, Abramovic enacts the deaths of seven protagonists in famous operas—usually at the hands of a man, played in Abramovic’s work by the Hollywood actor Willem Dafoe. Each vignette is performed to an aria sung by Callas. In one scene, meant to evoke the ritual suicide of Madame Butterfly, Abramovic rips off her hazmat suit and exposes herself to radiation poisoning. In another, instead of being strangled by the hands of Othello, Dafoe throttles the artist with two snakes. Abramovic’s Tosca, meanwhile, leaps from the roof of a skyscraper instead of from a the parapets of a castle—a scene she took more than 70 takes to perfect. “You really have to hit the ground to get that impact,” Abramovic says.

One of the most climactic moments comes when Abramovic and Dafoe (as the high priestess Norma and the Roman proconsul Pollione) stride together, holding hands, into a fire. In a contemporary twist, Dafoe is cast as the diva, wearing a gold sequinned dress designed by Riccardo Tisci, Burberry’s chief creative officer who is behind all of the costume designs in Abramovic's magnum opus.

The show of seven alabasters, on Cork Street, each relate to a death scene and are a way, Abramovic says, of combining the material with the immaterial, of life with death. The prices of the wall sculptures range from €250,000 to €400,000, depending on size, and are available in an edition of two, though each piece is individually carved into a different block of alabaster. Seven Deaths (edition of five) starts at €250,000.

Fire, snakes, knives, gravity are all materials and elements Abramovic has used in her own work and to this end, Seven Deaths is as much about Abramovic as it is Callas. The artist notes how the two share many traits: “We both have the same noses, we both had terrible mothers and we are both Sagittarius.” Abramovic also identifies the personal pain both women have endured. “She was so strong on stage but she was also very lonely and unhappy in life,” the artist says. “Callas just lost the will to live. In my case, I was also so in love. I couldn’t eat, I couldn’t sleep, but then my work saved me.”

Now 74, Abramovic shrugs off press articles that call her a diva or headlines that hone in on her boyfriend, Todd Eckert, who is 21 years her junior. That is not to say she shies away from talking about sex. “I’m very sexual,” she tells The Art Newspaper. “With women there’s this whole idea that after the menopause everything is gone. But for me, everything got started. I didn’t need to worry about getting pregnant anymore. It felt great. Sex is so important. Good sex is part of a good healthy life.” 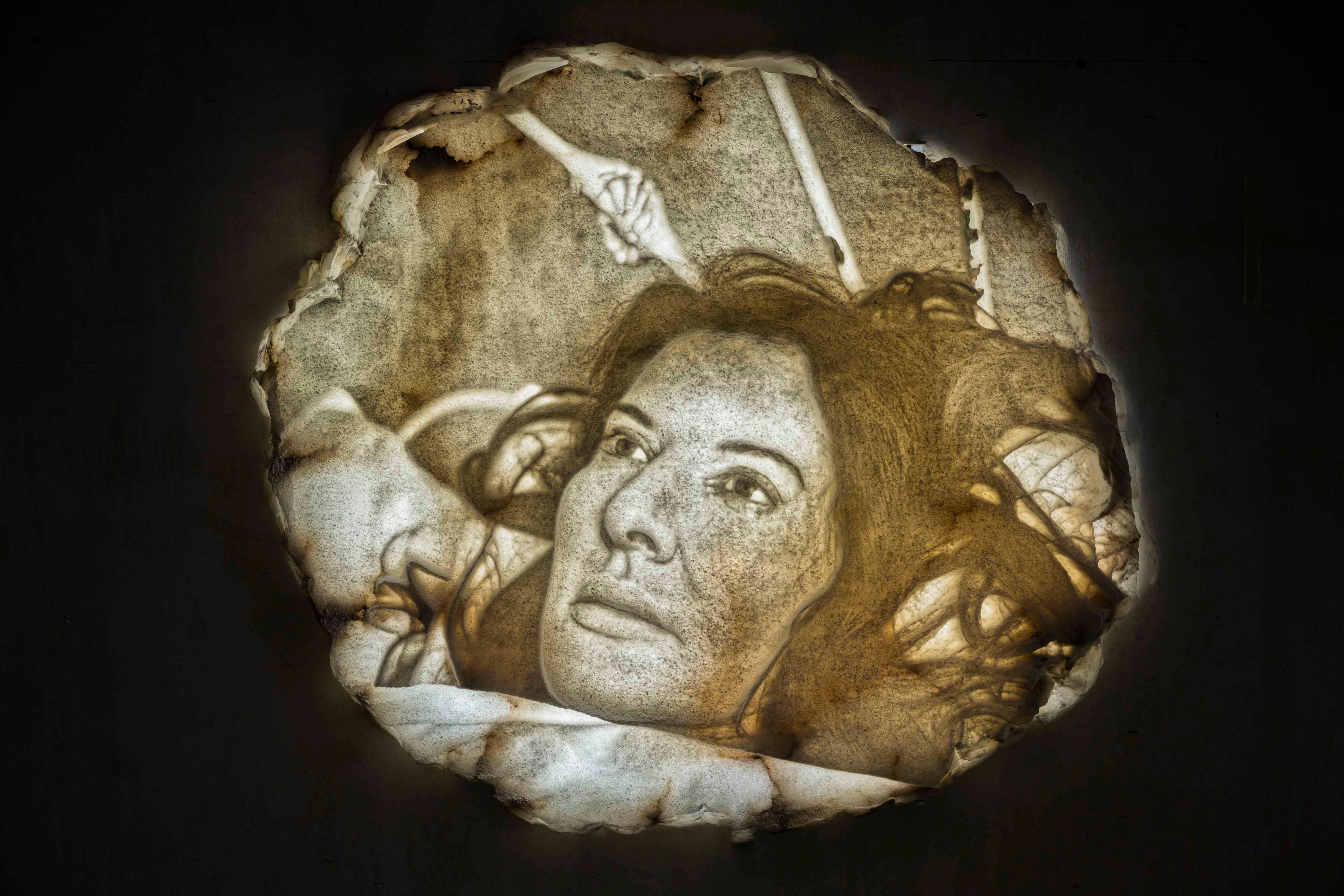 She also questions the diva label. “The whole thing is so dubious,” she says. “I read this sentence by Gandhi recently which really puts it so well: ‘First they ignore you, then they laugh at you, then they fight you, then you win’”.

For now, Abramovic is focusing on a healthy lifestyle, rising at seven o’clock every morning to practice yoga. The artist has never drank, smoked or taken drugs—though she wants there to be plenty of mind-altering substances at her funeral, as well a final performance work, live music and a colourful dress code. “The worst thing is to be old and sick,” she confides. “Another fear is how much time I have left to still make things, because I have so much stuff to do here. I’m not ready to go.”

There is indeed still much to come. Alongside her Lisson gallery shows, the artist opens a collaborative exhibition at Colnaghi in London this week. In 2023, Abramovic will become the first woman to have a solo show at the Royal Academy in London (the exhibition was postponed in 2020 due to the pandemic), but her sights are now squarely on the Royal Opera House in Covent Garden where she wants 7 Deaths of Maria Callas to be performed. The piece had its debut in Munich, sold out in Paris and is currently en route to Athens before performances in Berlin, Naples and Amsterdam.

“Covent Garden is my obsession,” Abramovic reveals. The artist says she was in discussion with the Royal Opera House when she started producing the work, but “they asked for so much money for just one matinee and one evening in August”. So Abramovic declined. “We now hope Covent Garden will be more generous once they see the response to my shows. I won’t give up.”