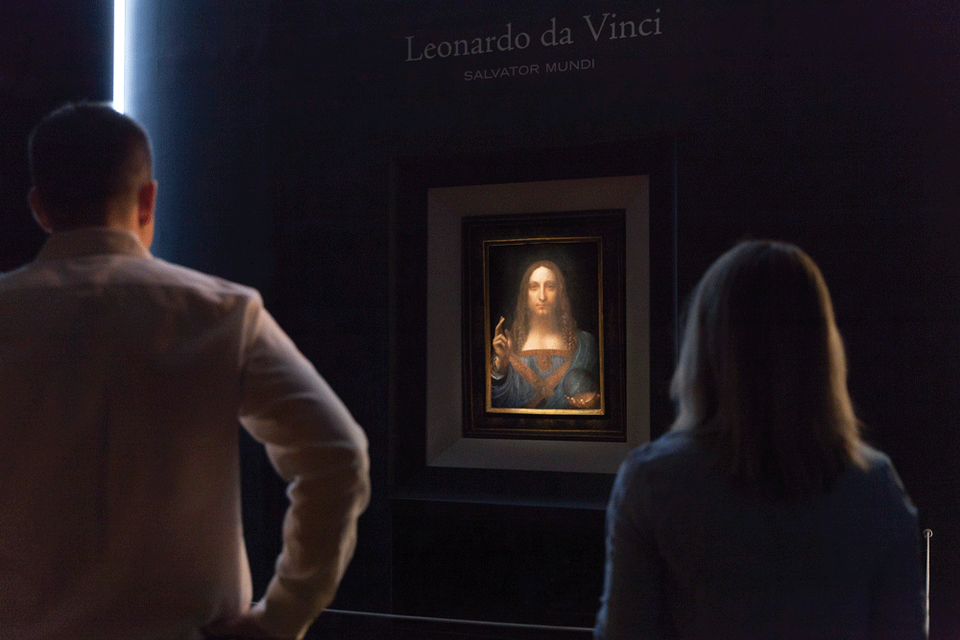 Officials at Louvre Abu Dhabi have announced that Leonardo da Vinci’s Salvator Mundi will go on show on 18 September at the new museum in the United Arab Emirates (UAE). The work—one of fewer than 20 surviving paintings by the Renaissance artist—sold for $450m (with fees) at Christie’s in New York on 15 November last year.

A spokeswoman for the Department of Culture and Tourism (DCT), Abu Dhabi tells us: "On the acquisition of the Salvator Mundi, we confirm that the painting was acquired by DCT Abu Dhabi through a proxy buyer. The acquisition of works commonly involves ‘proxy’ bidders and buyers to maintain anonymity for the purchasing entity."

The presence of an ultra-famous work in a museum is a great draw: the Louvre in Paris, which had 7.4 million visitors in 2016, estimates that 80% come in the first instance to see Leonardo’s Mona Lisa (visitor figures for the Louvre Abu Dhabi will be made available in November—the first anniversary of the museum's opening).

After its unveiling at Louvre Abu Dhabi, the Salvator Mundi will be lent to the Musée du Louvre in Paris as part of the Leonardo da Vinci exhibition marking the 500th anniversary of his death (24 October 2019-24 February 2020).

“Salvator Mundi represents an important chapter in the history of art, and offers a fully-rounded view of his artistic output. It will play a significant role in Louvre Abu Dhabi’s curatorial narrative, representing a critical moment of historical change that illuminates social evolution at that time,” says Mohamed Khalifa Al Mubarak, the chairman of the Department of Culture and Tourism, Abu Dhabi.

Its journey to the Abu Dhabi mega museum has been convoluted. Louvre Abu Dhabi issued a statement on 8 December affirming that Salvator Mundi (around 1500) had been “acquired” by Abu Dhabi’s DCT for display in the newly-opened Emirati museum.

The declaration came the day after the Wall Street Journal reported that the person who had purchased the Renaissance painting at Christie’s New York was the Crown Prince of Saudi Arabia, Mohammed bin Salman bin Abdulaziz Al Saud. Citing intelligence reports and Middle East art world figures familiar with the purchase, the newspaper said that the Crown Prince had bought the Leonardo through an intermediary.

The previous day The New York Times had itself identified the buyer as the little-known Saudi Arabian prince, Bader bin Abdullah bin Mohammed bin Farhan al-Saud, who is a close associate of the Crown Prince and has since been made Saudi Arabia's first minister of culture. Prince Bader then released a statement describing the report in the New York Times as “surprising and inaccurate” but did not deny it outright.

The possible loan of the Salvator Mundi from Saudi Arabia to the UAE may be seen as a gesture of friendship between the Gulf countries, reinforcing this political, economic and cultural relationship.