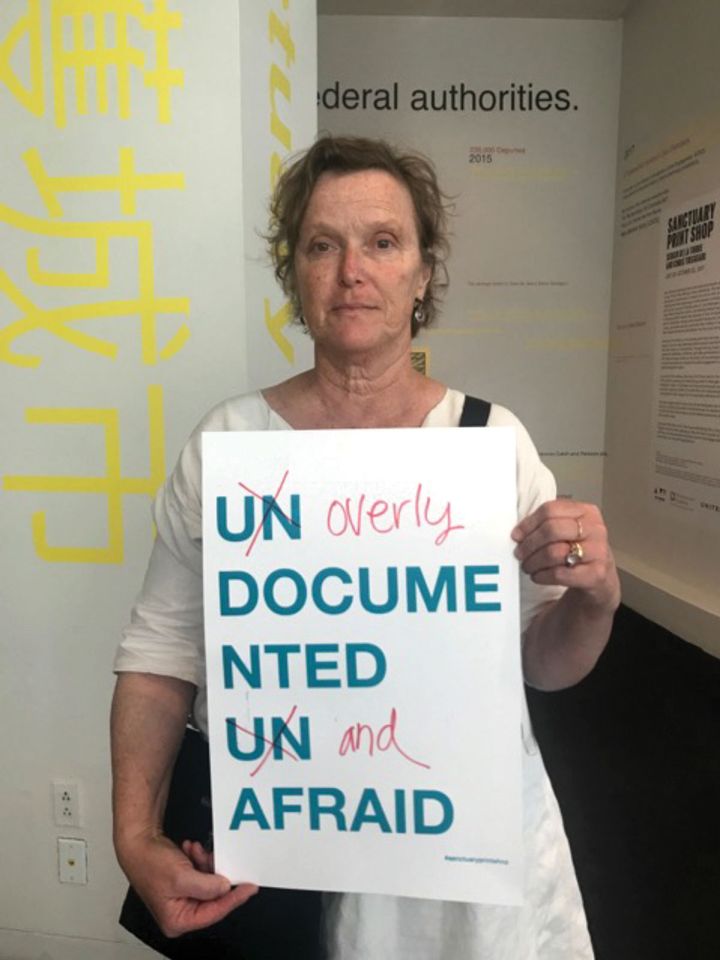 San Francisco is embracing its status as a safe haven for immigrants, at a time when the federal government is targeting them, with a multi-year programme of art and cultural projects. Organised by the San Francisco Arts Commission (SFAC) and the Office of Civic Engagement and Immigrant Affairs, the series Sanctuary City is a “response to President Trump being elected, and more specifically to the policies he has put forward that directly and negatively impact the country’s immigrant (and by association non-immigrant) communities”, says Maysoun Wazwaz, the commission’s manager of public programmes.

The series comes as Trump’s administration is fighting California for blocking state and local police from asking about a person’s immigration status or co-operating with federal immigration officials. San Francisco has had such ordinances since 1989, but California’s governor Jerry Brown signed a state-wide bill last September, which the US Justice Department called “unconstitutional” in a lawsuit filed in US District Court in March.

The projects in Sanctuary City take a pro-immigrant stance. Opening this month is a new commission of street posters from the San Francisco-based artist Rodney Ewing, who recreates coldly bureaucratic fingerprint cards that are painted with blasts of colour denoting national flags and personalised with stories from local immigrants. “With the current administration, I have had to re-evaluate what it means to be American and a patriot,” reads one.

On 4 May, the artist duo Chris Treggiari and Sergio de la Torre will station their mobile Sanctuary Print Shop at the corner of Valencia and 24th Street, where they will churn out around 400 posters with the public to cover a nearby wall. Launched in 2007, the shop encourages discussions on policy during the silk-screening process.

Both artists stress that San Francisco’s sanctuary ordinance does not entirely protect the immigrant community. Under the Obama administration, the Bay Area witnessed some 15 raids by Immigration and Customs Enforcement, while the federal agency swept more than 77 businesses in Northern California this February, and more than 20,000 undocumented immigrants were arrested across California in 2017.

“Now, because we have a president who is very vocal about immigration issues, people are suddenly interested in what’s going on with the sanctuary city ordinance,” de la Torre says.