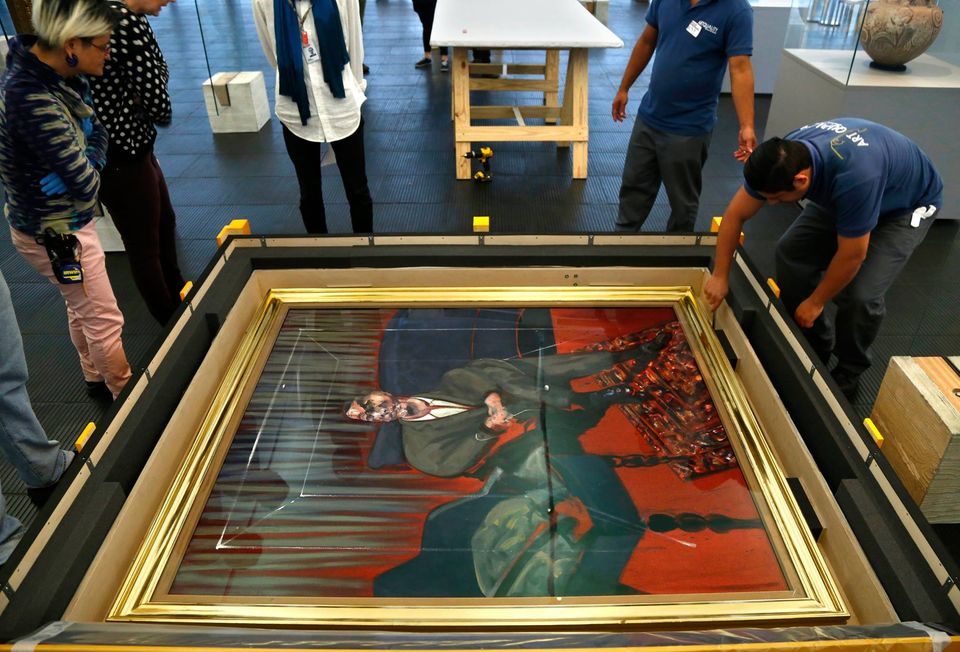 The Museu de Arte de São Paulo (Masp) successfully argued in court to reverse a steep cargo tariff charged by Campinas International Airport on six works of art lent by Tate in London for the current exhibition Acervo em Transformação (Archive in Transformation, until 16 February 2019). Other cultural organisations hit by similar fees have raised concerns that they could hamper future projects and the ministry of culture has stepped in, promising to issue clearer guidelines.

In a new interpretation of the existing rules, the Campinas airport attempted to charge the museum 243,000 reais ($66,000) per day to store six paintings—Dorelia in a Black Dress (1903-4) by Gwen John, Coming Out of School (1927) by L.S. Lowry, The Bride (1949) by Sylvia Sleigh, Seated Figure (1961) by Francis Bacon, They Always Appear by Ibrahim El-Salahi (1964), and Head of a Man (1965) by F. N. Souza—based on their market value because they were deemed “import cargo of high specific value”. The museum avoided the charge after a court ruled that the works were of a “civic-cultural nature”, which falls under a lower tariff bracket based on the objects’ weight. Masp ultimately paid 0.15 reias per kilo for each work or 130 reais ($35) total for each day of storage.

The Aeroportos Brasil Viracopos, which manages the Campinas airport, denounced the court’s decision, writing in a statement that “events, such as exhibitions of works of art, for example, cannot be qualified as ‘cultural civic’, since they are for-profit and there is a charge for the population to visit the space”.

Heitor Martins, the director of the museum, told the Brazilian newspaper Estadão that the airport’s position could “make many exhibitions unfeasible, [and will] disadvantage the Brazilian public and culture”.

Other institutions in Brazil, including the Federation of Industries of the State of São Paul (Fiesp) cultural centre, have been impacted by the tariff and it has proven problematic for international dealers coming to the country. Last month, some galleries participating in the SP Arte fair paid the higher tax in order to get their works into the country before the fair’s organisers had a chance to fight for a reversal in court.

Fernanda Feitosa, the director of SP Arte, told Estadão that “it is not for the airport to legislate on matters that are not relevant to it, [and] the Ministry of Culture is the only organ of the country that can define what is or is not cultural”. Feitosa adds that the organisers are exploring legal measures ahead of the fair’s 2019 edition.

A committee made up of representatives from the Ministry of Culture and the Ministry of Transport, Ports and Civil Aviation is due to come up with guidelines for what kinds of events fall under the civic-cultural designation within 60 days. “A working group will be created, with the participation of the Ministry of Culture, which will examine the issue and establish regulations,” Brazil’s culture minister, Sergio Sá Leitão, says in a statement. He added that the new tariff would make it “impossible to hold international exhibitions and concerts in Brazil, bringing irreparable damage to the Brazilian creative economy, which currently accounts for 2.64% of GDP and contributes significantly to the development of the country, generating jobs, income and inclusion”.