Should big galleries subsidise smaller ones? 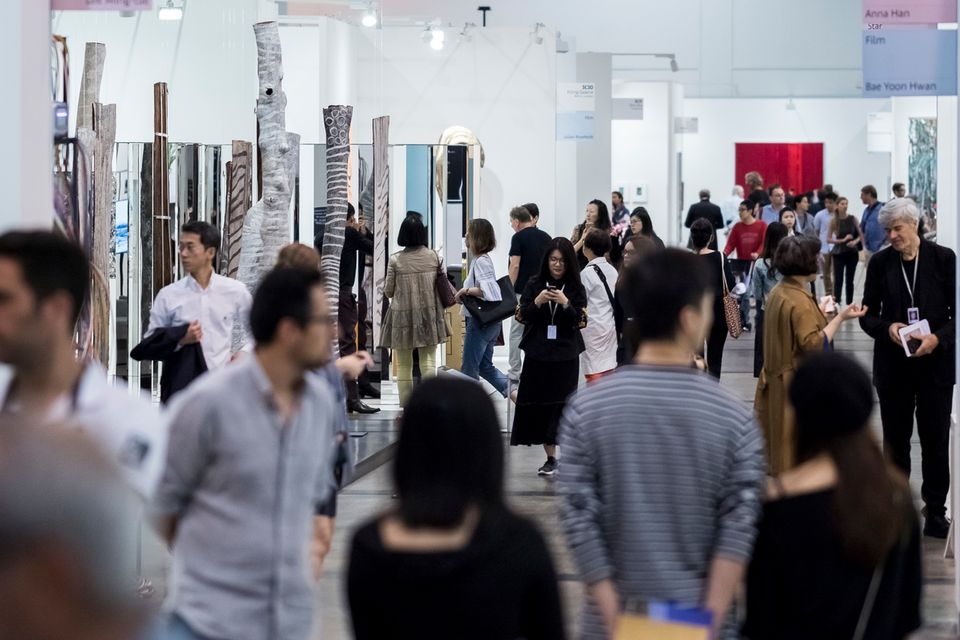 The global director of Art Basel, Marc Spiegler, cautiously welcomed proposals made by the dealer David Zwirner in Berlin this week for larger galleries to subsidise smaller ones at art fairs.

Speaking at the New York Times Art Leaders conference on 25 April, Zwirner, suggested that art fairs could levy a “tax” on top-level galleries to help smaller ones participate. “I would gladly pay more to show work at art fairs if it helps smaller galleries join in", Zwirner said, adding that the initiative would have to come from the fairs.

In a later panel talk, Maike Cruse, the director of Gallery Weekend Berlin (until 29 April), echoed the concern for small galleries. Cruse said she has been having “internal discussions” about setting up a fund for young galleries in Berlin.

Spiegler was surprised to hear Zwirner’s remarks. “Until now, I’ve never heard the most successful galleries publicly say they were worried about their younger peers, and offer to counterbalance the consolidation within the art market,” he tells The Art Newspaper. “It’s the beginning of a conversation. It’s an acknowledgement of the fact that [Zwirner] has benefitted from the system, while others have not, and it is trying to counterbalance that. It is seeing itself as part of a larger ecosystem.”

Spiegler points out that it was not just art fairs that put significant financial strain on galleries. Often, young galleries spend years supporting artists at the beginning of their careers, only to have these artists poached by larger galleries when their careers start to take off. To soften this financial blow Spiegler suggests a “transfer fee”—like in professional football. “At the moment, there is no system of benefit when an artist leaves,” he says. He also suggests that larger galleries might offer to co-sign small business loans that smaller galleries struggle to secure on their own. Collectors can play their part by paying galleries on time and buying works they have reserved, Spiegler says.

Although the art market grew by 12% last year, according to the Art Basel and UBS Global Art Market report released last month, it is also becoming more polarised. At auction, growth only occurred for works that sold for over $1m while galleries with turnover below $500,000 saw revenues fall by 4%, the report found.

The economist Professor Rachel Pownall of Maastricht University, who presented her own findings on the auction market at the New York Times conference this week, says: “The art market reflects the world globally, where the top 1% own the majority of the world’s assets. ”

Shrinkage in the middle market is a “warning signal”, Pownall says. “As in the world at large, when the middle class is squeezed too hard, the economy as a whole isn’t strong enough and starts to shrink. We need to ensure that we don’t let this disparity grow larger and larger because eventually the top end will fail too.”

Pownall says that Zwirner is "aware that this disparity between the upside and downside of the market is a cause of concern". But she believes that subsidies, as proposed by the dealer, may not be the best way forward. “A simple redistribution is an old-fashioned way of thinking,” she says. “We live in a generation where you can find more innovative ways to collaborate with or support a smaller gallery.”

Greater integration of young galleries in the main sector of a fair, could make a big difference, says Christian Siekmeier of Berlin-based Exile Gallery, which is presenting a solo show by Paul Sochacki (until 2 June) during Gallery Weekend Berlin. Some fairs are laid out in such a way, he says, that collectors can enter and exit entirely through the blue-chip area, without visiting any other sector. “I think fairs have the responsibility to educate their audiences,” he says.