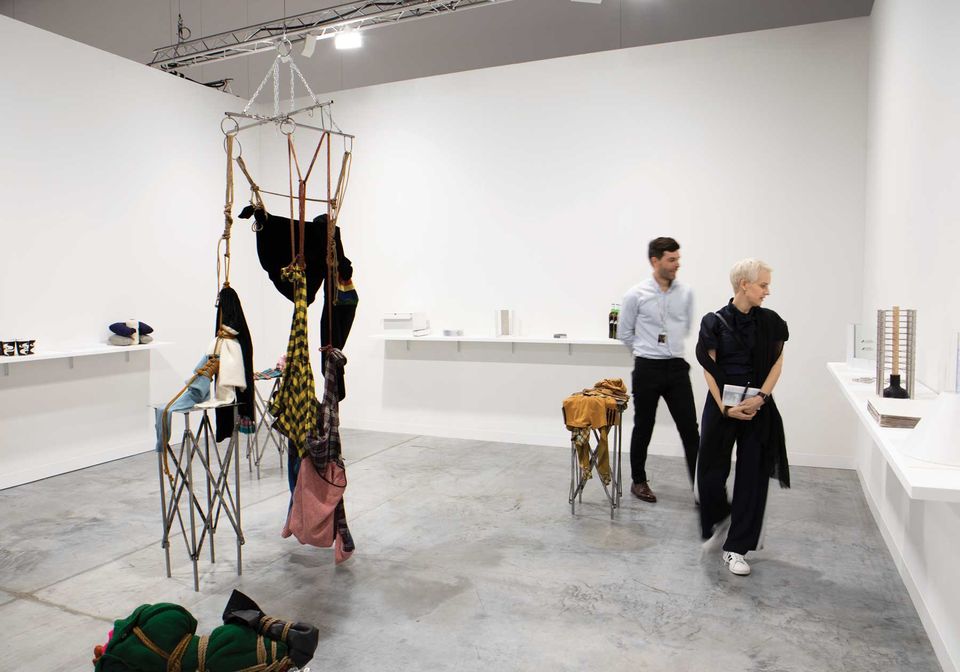 Widespread recent protests stretching from South America’s Caribbean coast to its South Pacific shores—dubbed the “Latin Spring” by some, likening the rebellions to those that broke out across the Middle East nearly ten years ago—have affected the region's art dealers, many of whom rely on Miami Art Week as a key sales driver in their financial year. In some cases, safety concerns and jittery economic markets have stultified sales at home, while devaluations of their local currencies make showing in the US even more essential.

For galleries in Argentina, where protests recently broke out over mass inflation, sales are “much lower than average and that’s very worrying”, says Leopol José Maria Mones Cazon of the Buenos Aires-based gallery Isla Flotante, which returns to Art Basel in Miami Beach (ABMB) for the third time. For that reason, there is a reliance on the fair’s globe-trotting audience more than ever. “Once you get international, you reach other markets. You are not depending on the national currency anymore,” he says.

“Peso aversion” is increasingly common among Argentinians, and many now buy US dollars due to steep currency devaluation in the last year. The dollar is worth 60 Argentine pesos, compared with 43 pesos in April when the currency was already deemed the worst performing in the world. Meanwhile, the incumbent president, leftist Alberto Fernandez, will take office on 10 December with annual inflation running at above 50% and $100bn in sovereign debt. And while it currently costs more for Argentine galleries to get to the US, the financial reward is far more substantial. Cazon attributes around 20% of his annual sales to ABMB.

“Today, facing an art fair in dollars implies a great effort and commitment,” says Javiera Garcia-Huidobro, the director of Galería Isabel Aninat in Santiago, Chile, who is exhibiting at Untitled, Art Miami Beach. She says that for the past six weeks social unrest and mass protests over wealth inequality have “paralysed” Chile, long considered the most economically stable country in South America.

“Violent protests have [had] an impact on the local economy, producing an absolute decline in trade in Chile, even more so in art galleries,” Garcia-Huidobro says. To ensure the safety of the gallery staff and artists, she closed the gallery temporarily in October as clashes between police and protestors in the Chilean capital grew more violent. The danger resurged this week despite the president’s recent attempts to quell unrest. “We have a huge responsibility to our artists that we represent and that is why we are here,” she says.

At ABMB, Omayra Alvarado of Instituto de Vision from Bogotá, Colombia, agrees, though she adds that not all costs are sunk: “We closed the gallery for two days a couple of weeks ago so our staff could go protest. There is a massive need to do something different in Colombia and we must support that.”

Of the major fairs in Miami this year, Untitled has the most Latin American galleries—around 15% of its exhibitors—versus roughly 9% at ABMB and 5% at Nada. Untitled’s artistic director, Omar Lopez-Chahoud, says that the fair is “well aware” of how important showing in Miami is to many Latin American galleries; the fair works with local government agencies from the respective countries and provides some financial support for galleries to travel internationally.

But many dealers note that the knock-on effect of current political upheaval could have implications for years to come. Mauro Herlitzka of Buenos Aires’s Herlitzka + Faria gallery says that postponement of Chile’s Ch.ACO fair, which was pushed from last month to March 2020, makes the spring “a killer”. Now, within the space of a month, four of South America’s biggest art fairs—Ch.ACO, SP-Arte, ArteBA and Art Lima—will take place, and this crunch will be compounded by Easter, a major holiday across the predominantly Catholic continent.

“People will need to make some hard choices about how much they can do,” Herlitzka says, adding that “increased concern” about safety may dissuade international visitors. That will put more pressure on galleries to exhibit at other major fairs for Latin American art, including Frieze New York, ARCOmadrid and Expo Chicago. “It is already very competitive,” Herlitzka says.

Carlos Hurtado of Nueveochenta gallery, based in Bogotá, where protests sparked by proposed economic reforms in the past two weeks have been quickly met by riot police says: “The whole year was a tough year, globally.” For the first time in seven years, Hurtado is splitting a stand with two other galleries at Untitled. “Our business plan changes every hour these days,” he says. “Ultimately, this isn’t just about political change; what we are seeing is generational change.”