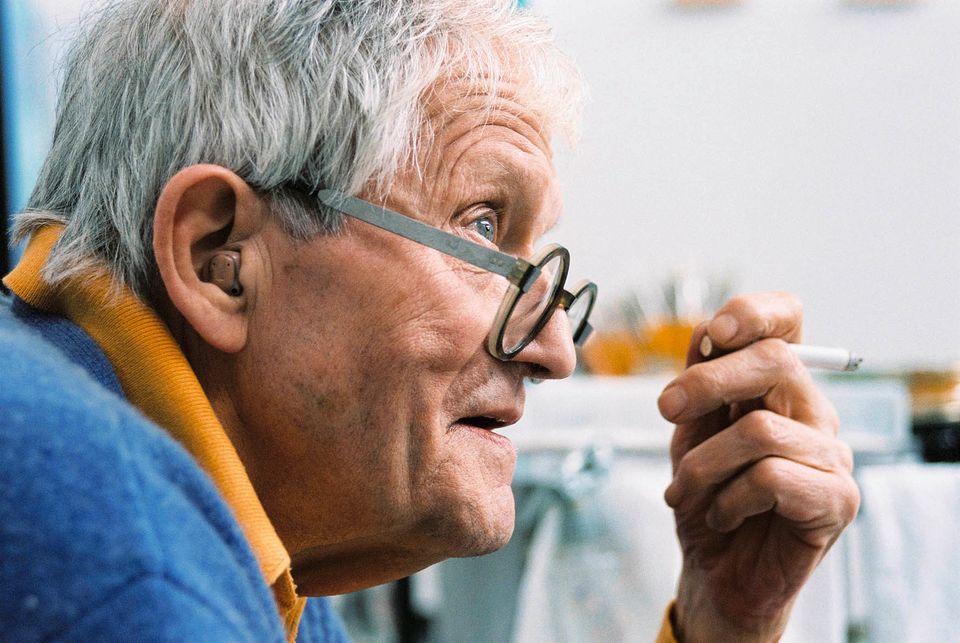 A meditative film of David Hockney smoking five cigarettes by the UK artist Tacita Dean has been jointly acquired by the National Portrait Gallery (NPG) and the Royal Academy of Arts (RA) in London. The 16mm film, entitled Portraits, will go on show in the exhibition Tacita Dean: Portrait at the National Portrait Gallery (15 March-28 May) alongside the Berlin-based artist’s other depictions of leading cultural figures, such as Merce Cunningham, Cy Twombly and Julie Mehretu.

The NPG show is one of three exhibitions dedicated to Dean this year; the other two shows are Tacita Dean: Still Life at the National Gallery (15 March-28 May) and Tacita Dean: Landscape at the RA (19 May-12 August). Tim Marlow, the artistic director of the RA, says that the joint acquisition underlines the “truly collaborative nature” of the three institutions, and continues the tradition of one Academician depicting another. The piece was purchased for £57,440 with a contribution of £28,720 from the Art Fund charity.

“The 16-minute colour film observes Hockney smoking five cigarettes and thinking about painting in his Los Angeles studio, surrounded by a series of portrait paintings that featured in his 2016 exhibition at the RA (82 Portraits and 1 Still-life),” a press statement says. One of the pictures hanging on the walls is of Dean’s son Rufus. The film was shown at Frith Street gallery in London in 2016.