The artist says the US government shutdown effectively “killed” the sculpture 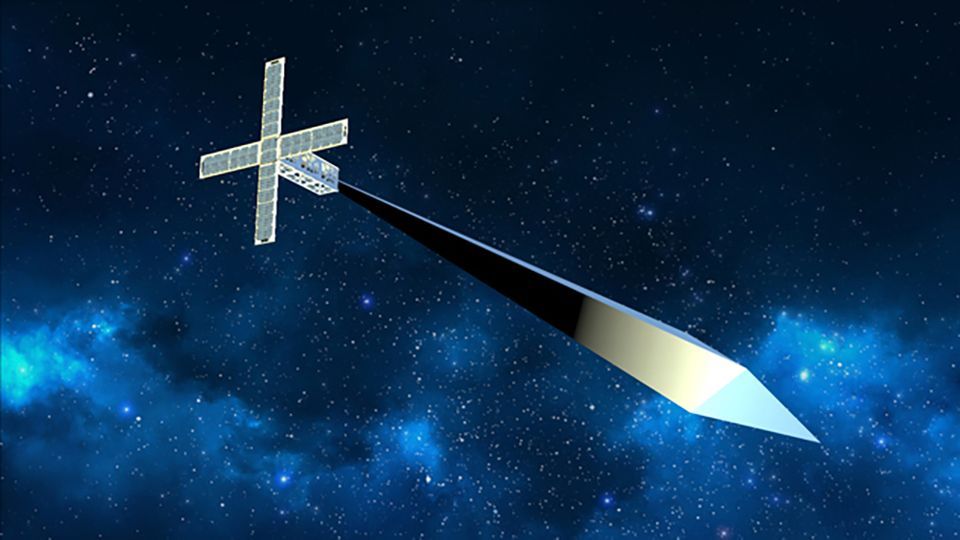 After nearly a decade in research and development and $1.5m dollars in funding, Trevor Paglen’s super-shiny spaceworthy sculpture known as Orbital Reflector is now officially being recognised as an unrealised artwork. The Nevada Museum of Art, which has supported the project, has confirmed that the 100-foot-long diamond-shaped Mylar balloon coated with titanium oxide, meant to be visible to the naked eye at key times while in orbit, never inflated, and the satellite communication systems that could allow this to happen have stopped working.

The unfurled balloon was embedded in a small satellite that did launch into orbit this past December, part of a payload carried by a SpaceX Falcon 9 rocket. But two problems occurred. The rocket released a cluster of satellites at the same time, which made it difficult to issue tracking numbers for each one. And the US government shutdown under the Trump administration delayed the FCC granting clearance for the balloon’s inflation and release. By the time government offices were back up and running and working on the tracking issue, the communications functions on the satellite had failed, in effect destroying the work.

“I blame it completely on the government shutdown,” the artist said. “In order to deploy the balloon, you have to coordinate with the FCC, the military and NASA, but the FCC and the part of the military we need to deal with were both shut down so there was literally nobody we could call to get the approval for deployment.”

The satellite was not built to withstand such a long time in the heat of the sun. And now, the artist said, it is too late. “We can get tracking data from the Air Force, so we know the satellite’s still out there. But we lost the ability to tell the sculpture to deploy,” he said. (There is still, at least theoretically, a chance that an accidental deployment could occur, as the artist wrote in this Medium post.)

After deployment, the balloon was supposed to orbit the earth for a time, a beacon without a militaristic or scientific purpose, before entering the earth’s atmosphere and disintegrating. The project was designed to flag questions of who controls outer space, calling attention to profoundly public territory that is being exploited by national and commercial interests, what the artist calls “the weaponisation of space.”

In that respect, Paglen—who said he has “made his peace” with the outcome of this project and is not tempted to try again—thinks the work just might have fulfilled its function after all. “I think what’s happened is a poignant illustration of who has the right to do what with our planet, which is fundamentally collective,” he said. Ironically, he offered, “Trump’s willingness to shut down the government over a border wall has killed a sculpture that’s supposed to be the antithesis of that.”