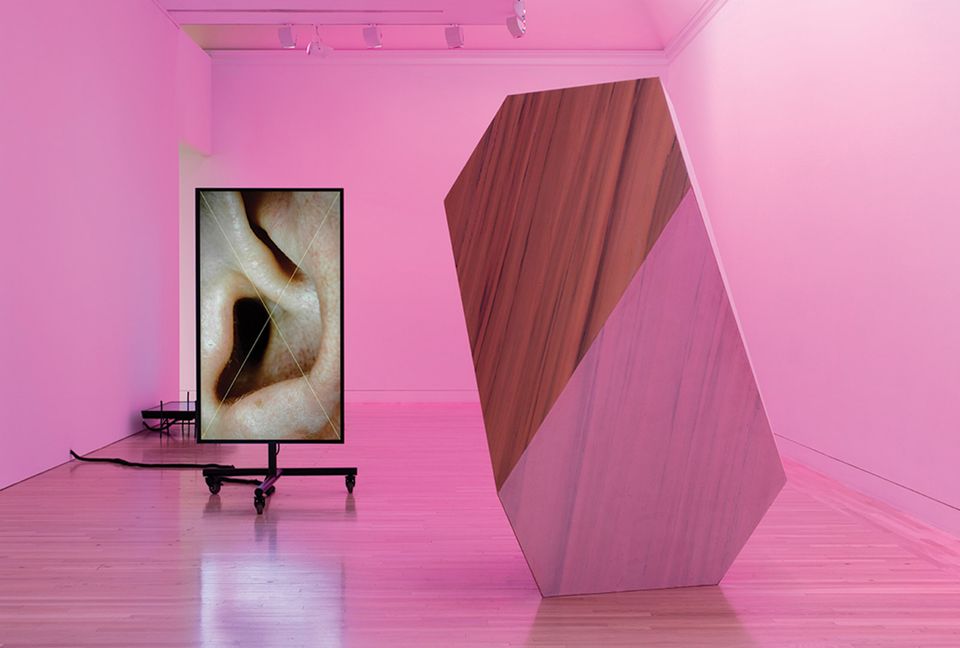 Independent, New York has solidified itself in the city’s Armory Week calendar as a kind of antidote to fair fatigue, with emerging and mid-career artists from galleries across the US and Europe especially.

This year’s iteration continues in the tradition of fostering a transatlantic exchange for up-and-coming artists, despite cancelling its original Brussels edition last summer. “Many things have changed since 2016,” says the fair’s director Elizabeth Dee of Independent’s decision last summer to close its Belgian outpost, noting Brexit and an increase in terrorism in Europe as contributing factors. She says the fair’s New York footprint has only become more important for dealers looking to break into the international marketplace.

Far smaller than the Armory Show or Frieze New York, Independent provides a more intimate and less commercial-feeling sales platform for established dealers. “It’s nice to have two moments to be in New York and connect with people initially in March and then bring another aspect of larger works to the programme during Frieze in May,” says the London-based dealer Maureen Paley, who has exhibited at the fair since 2010 and will feature work by Wolfgang Tillmans, Gillian Wearing and Max Hooper Schneider, among others. “By combining emerging galleries with those more established, Independent has worked out its own idiosyncratic approach to making the fair feel very fresh each year,” she adds.

Of the 64 exhibitors, 30% are first-time participants. Half of these newcomers are from Europe and the UK this year, including Semiose and Jocelyn Wolff from Paris and the London-based galleries Richard Saltoun, Alison Jacques and Soft Opening. For these dealers, the intimate setting of the fair allows the to present work less familiar to a US audience.

“It doesn’t feel right to bring someone who already has gallery representation in New York,” says Antonia Marsh of Soft Opening. Independent 2020 is the gallery’s first New York art fair, where Marsh will show sculptures by the British-born, LA-based artist Nevine Mahmoud. “Independent gives galleries a space to be able to push boundaries without it feeling attention-seeking.”

Seeking museum connections, however, proves paramount for many of the fair’s exhibitors. The invitational model caters to a more curatorial-minded collector base and Dee says she prides the fair on its museum-level program and connections—it was at the fair in 2012 that Don and Mera Rubell famously discovered the Columbian-born, London-based artist and recent Turner prize winner Oscar Murillo, who is now represented by David Zwirner and has a solo show on view at the Aspen Art Museum.

Visitors this year will find ample institutional crossover among its participants with Daiga Grantina (Galerie Joseph Tang, Paris), whose first US show of large-scale assemblages, What Eats Around Itself, runs through May at the New Museum. Additionally, Shahryar Nashat (David Kordansky Gallery, Los Angeles) has a video and sculpture installation Force Life currently on view at MoMA, while 87-year old, self-taught artist Dorothy Iannone (Air de Paris, Paris) embarks on a major, upcoming solo show at the MIT List Visual Arts Center in Cambridge, Massachusetts.

• Listen to our podcast interview with Independent's Elizabeth Dee here