Christie’s and Sotheby’s dominate in terms of value but smaller firms can compete in the field of Asian art, with the internet’s help 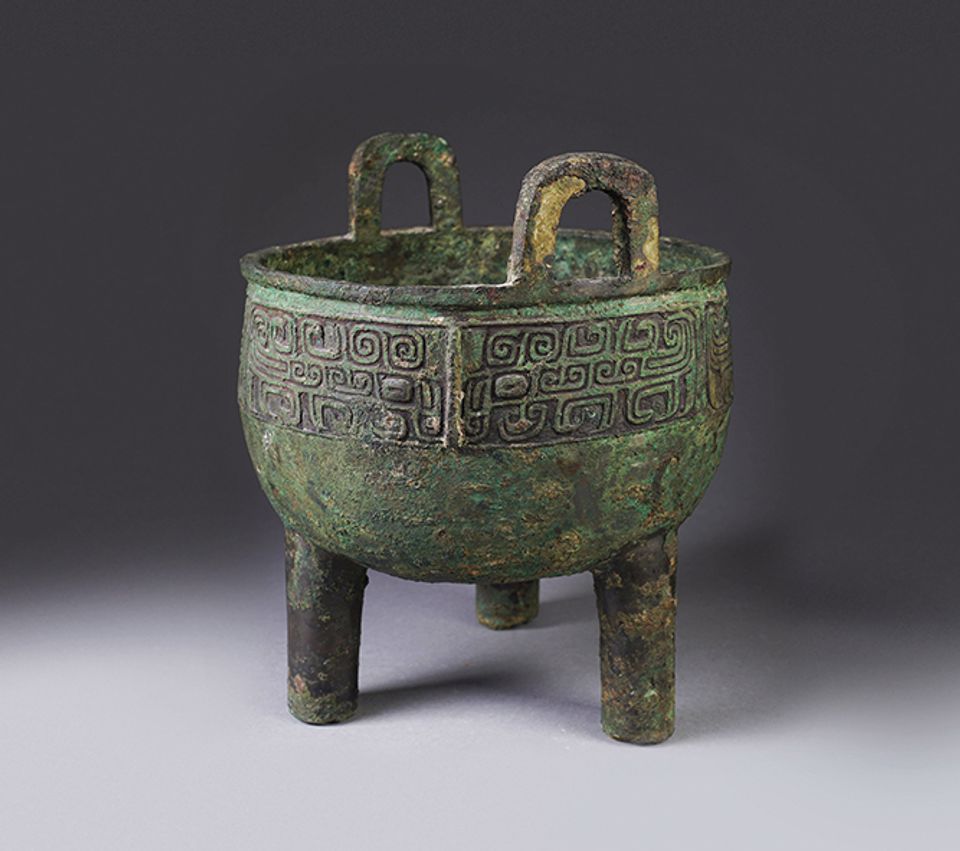 A Chinese archaic bronze ding, or food vessel, from the Western Zhou Dynasty, to be offered in iGavel's online auction Courtesy of iGavel Auctions

After reaching record highs last year, the outlook is bullish for auctions of Asian art in New York during the ninth annual Asia Week this month (15-24 March).

Christie’s forecasts up to $54.5m for its Asia Week sales with just 650 lots, while Sotheby’s is presenting its largest Asian array in a decade, with a $50m total estimate for 1,300 lots. Spanning 35 centuries and filling all ten floors of the York Avenue building, a large number of these works come from China, including a jar and cover from the Yongle Period of the Ming Dynasty (20 March, est $1.5m-$2m), prized for its wintergreen glaze, and a painting by 20th-century master Zhang Daqian, A water and sky gazing after rain in splashed colour (22 March, est $1.2m-$1.8m).

Although Asia Week, which also encompasses dozens of special gallery presentations, has evolved to be synonymous with high totals at the larger institutions, its roots are in sales at smaller auction houses—such as Doyle, Bonhams and, in Philadelphia, Freeman’s—where volume reigns.

These sale series pre-date Asia Week, with auctions presented in September and March for decades. As numerous galleries mounted exhibitions to coincide with the schedule, the relationship became symbiotic, and the smaller houses’ success in serving the less stratospheric tiers remains instrumental.“It’s very simple,” says Louis Webre, the senior vice president of marketing and media at Doyle. “We really focus on providing an auction service for an entire collection at all levels of value, and that’s what sets us apart.”

Estate property that meets the market’s preference for fresh material has been a driver for Doyle, as with the $10m-plus auction in March 2014 featuring lots from the estate of Pierre De Menasce. This year Doyle’s slate features a strong selection of Song Dynasty ceramics, with particular attention to celadon and qingbai wares, to be offered on 19 March.

Lark Mason, the founder of the online entity iGavel and former chairman of Asia Week, echoes Webre’s sentiments. With projected totals of $2m to $4m during the spring sale (exhibiting from 15-24 March, selling from 3-17 April), his online-only auction house is a growing platform, particularly in the field of Chinese art.

“With our company and others of our size, we often have more flexibility to assist people than some of the larger houses,” Mason says. “We’re not tied to a publishing deadline, so we can accept consignments very close up to the start of Asia Week.”

iGavel was among the first to capitalise on online outreach to mainland China, and continues to leverage social media platforms in the region, like Weibo and WeChat. “We have very deep relationships with buyers, collectors and academics in China, which have to do with my personal involvement in China over a 30-year period,” Mason says, “so we are disproportionately influential in this market compared to our size.”

Asia Week’s broad remit also encompasses South Asian art, a field in which Bonhams has emerged as a major player since 2011, when it established a sale. In 2016, Bonhams’ sales in the category claimed 50% of market share across Asia Week. Despite a crackdown around undocumented provenance that particularly affects this market, the firm has pulled together a strong pair of sales, in Indian, Himalayan and Southeast Asian art and the Maitri Collection, which features Gandharan sculpture. Totalling 150 lots, these auctions have a combined low estimate of more than $10m.

Edward Wilkinson, the executive director of Bonhams Asia and global head of the Indian, Himalayan, and Southeast Asian Art department, attributes the auction house’s success to the continued strength of the Tibetan market, fuelled by a knowledgeable and devoted collector base. A highlight of his 19 March sale is a Tibetan gilt copper alloy figure of Avalokitesvara Sahasrabhujalikeshvara dating from around 1430 (est $1m-$1.5m). “What is most exciting”, Wilkinson says, “is that we have now identified the maker and date, which we propose will change the classification of a whole group of sculptures held in museums and private collections.”