Three productions are due to examine the Knoedler forgery scandal 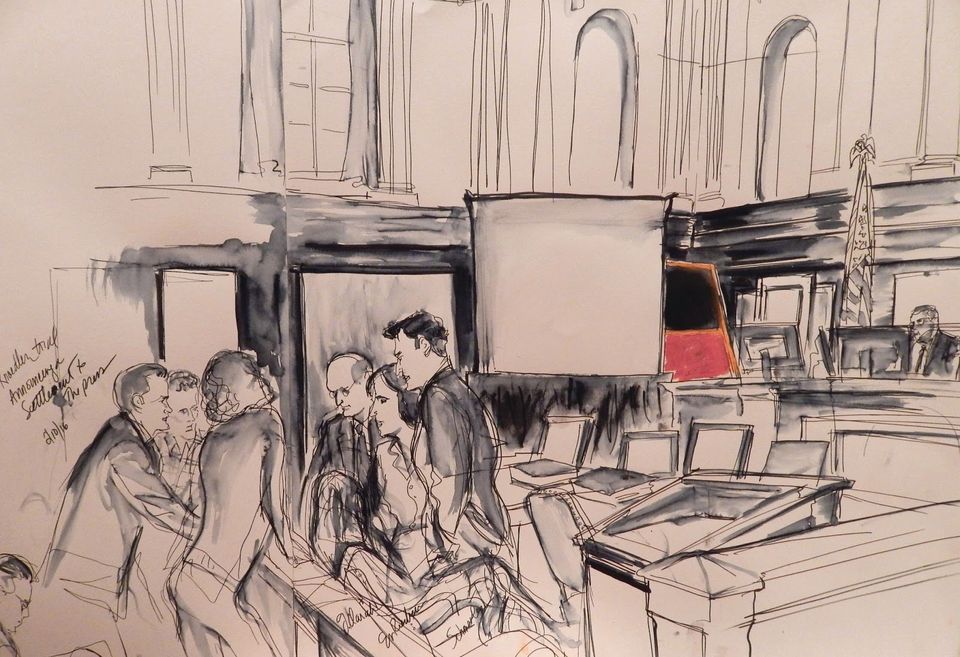 A high-profile Knoedler case settled in 2016 just before the former director Ann Freedman could give evidence at trial Illustration: Elizabeth Williams

More than three years have passed since a high-profile trial in New York offered a glimpse behind the scenes of a forgery scandal that rocked the Knoedler Gallery, which closed in 2011 after selling dozens of Modernist fakes painted by an artist who fled to China. But there is still interest in the case—perhaps because so many details remain unknown—and three documentary film-makers are vying to release productions that examine the scam.

The self-funded and thoroughly researched feature Driven to Abstraction by Daria Price is already finished and in search of a distributor. “In approaching people to participate, I often found the same resistance, secrecy, and desire to distance themselves, the same lack of transparency in the art market that allowed the hoax to flourish for almost 15 years,” Price says. The film, which covers Knoedler’s closing and the three-week 2016 trial (and includes interviews with The Art Newspaper writers) has been praised by viewers—but so far mostly in a stack of rejection letters from festivals.

Another documentary, which does not yet have a title but does have a publicist, is due to be completed later this year, says its Canadian director, Barry Avrich. The film-maker, who is also a collector, directed the recent Netflix release Blurred Lines: Inside the Art World (2017). His other productions include 15 Shakespearean plays and two documentaries on the film producer and accused serial abuser Harvey Weinstein, and Avrich promises his take on the Knoedler case will be both a thriller and a tragedy. “In all phenomenal storytelling, there’s an epic fall, a conquering hero that ultimately meets his demise,” he says, noting that his project will shoot in China, where the forger of all the "Pollocks" and "Motherwells" that were sold through Knoedler later fled.

Neither project is the first out of the gate, however since the CNBC series American Greed aired in-depth segment devoted to the Knoedler scam last summer. And a still un-filmed project could test the audience’s appetite for Knoedler scrutiny. It was initiated by the actor Alec Baldwin and the private dealer Andrew Terner, who bought the rights to a 2012 Vanity Fair article about the scandal. That article’s author, Michael Shnayerson, also speaks extensively in Price’s Driven to Abstraction.

Absent so far from Knoedler’s afterlife in moving pictures, however, is the woman at its center, Ann Freedman, the gallery’s former director who reached settlements with the collectors in ten lawsuits filed against her and the gallery for selling fakes. Freedman, who now operates the private dealership Freedman Art in Manhattan, does not speak on camera in Driven to Abstraction, and as for Avrich’s documentary, the director said: “I’m not going to discuss casts.”