'Artists have to be good citizens': Himali Singh Soin on Brexit, climate change and the alien other 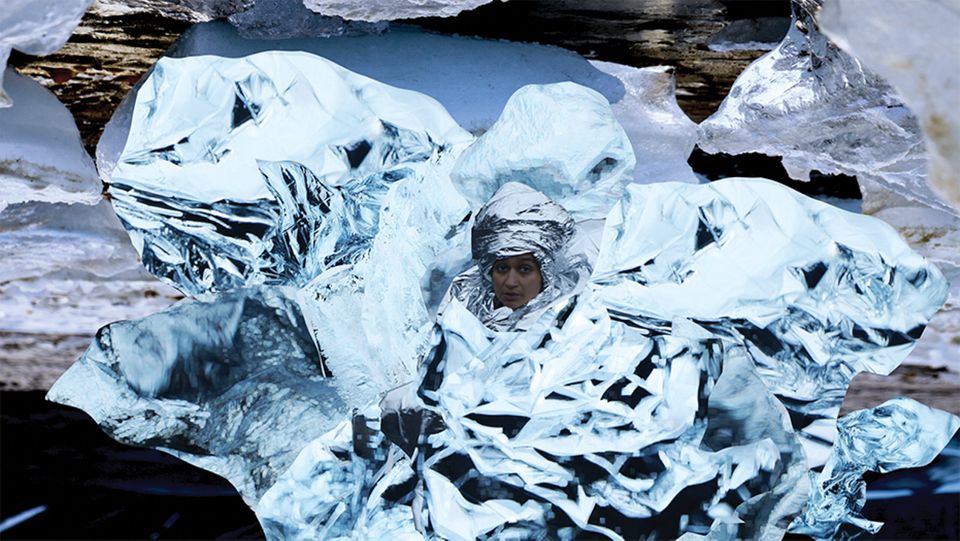 In the video We Are Opposite Like That II, Himali Singh Soin’s character journeys across a frozen landscape Courtesy of the artist

The winner of the 2019 Frieze Artist Award practices what she preaches. Creating work that explores humankind’s impact on the planet, the London- and Delhi-based artist Himali Singh Soin uses video and performance as a way of minimising her practice’s carbon footprint. “I don’t use any materials that are wasteful and I don’t have stacks of storage,” she says. “I feel like a piece gets made on the spot and then it evaporates once it is done. Ecologically speaking, that is part of the aesthetic I’m cultivating.”

Her new commission for Frieze London, We Are Opposite Like That II (2019), is a 12-minute, single-channel video made from footage of her trip to the Arctic in 2017. It is the second film in what she hopes will become a four-part series based on the polar regions.

Behind the icy imagery is an intriguing piece of 19th-century British history: the Victorians believed that an Ice Age was imminent. “It was omnipresent,” Singh Soin says. “It was the same for them as we are talking about climate change right now.” The fear came from what is known as the Little Ice Age, from around 1300 to the mid-1800s, when the winters in Europe and North America became dramatically colder. “In the video, I include imagery from Punch magazine and London Illustrated of polar bears on London Bridge that show this anxiety,” Singh Soin says. 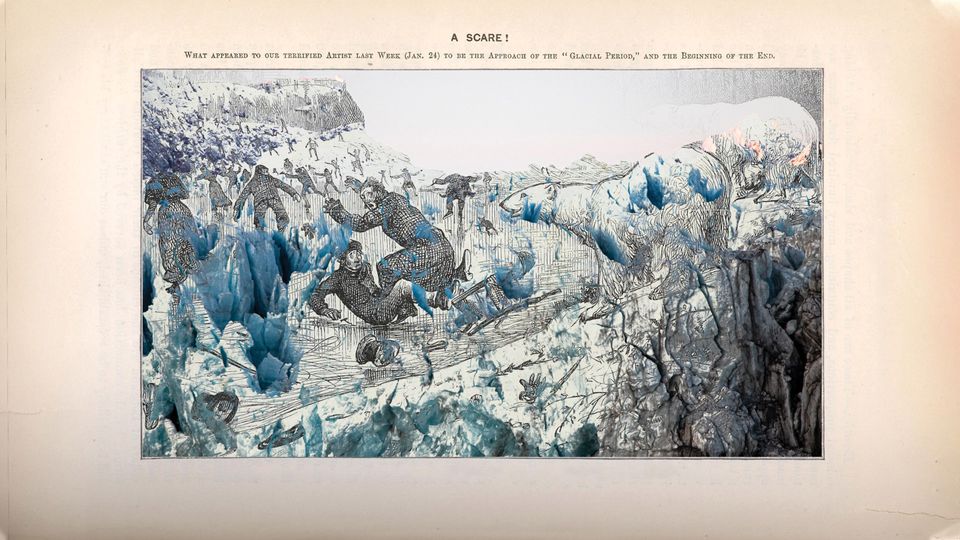 Singh Soin’s work was informed by the Victorians’ fear of an ice age, with publications of the period depicting polar bears marauding across London Bridge Courtesy of the artist

The Victorians were even more fearful of the encroaching ice because of its potential to wipe out the British Empire. “It threatened the annihilation of their centrality in the world,” she says, quoting a line from the film. She uses these stories as a metaphorical response to this year’s Frieze Artist Award theme of “state of the nation”.

In the film, Singh Soin builds on the idea of an “alien other creeping in and threatening the very foundation of Britain”. Her character wanders in the frozen landscape dressed in a metallic blanket, like the ones given to refugees. “The central moment is this alien character transforming into ice, which in itself is alien to her,” she says. The video is accompanied by an original score by her husband, David Soin Tappeser, that is played by a string quartet, along with a poetic voiceover by the artist.

While her video indirectly refers to the xenophobic sentiment behind Britain’s impending exit from the EU, Brexit is also a personal concern for Indian-born Singh Soin, whose residency in the UK is reliant on her German partner’s right to remain in the country. “It’s a savage limbo,” she says. Responding to the political nature of her new commission, she adds: “Art is inherently political. I don’t know about making political art as such, because that tends to be bad. But I do think artists have to be good citizens.”

• We Are Opposite Like That II, 1pm, 4-6 October, The Standard, London Library & Auditorium, Frieze London