Whenever a new Claude Monet show appears, the question it inevitably prompts is, why? What more can we possibly learn about one of the most exhibited artists in history? In the case of the Fondation Beyeler’s exhibition, marking 20 years of the Swiss gallery, the answer is a great deal. A key aim of the show is to present Monet as a more intellectually curious artist than he is often given credit for. “Monet theoretically is much underrated in comparison to Cézanne, for example,” says the show’s curator, Ulf Küster. “In doubling an image... he makes you think about what an image is.” The show concentrates on the “so-called transformative years”, Küster says, “after the invention of Impressionism and the death of his first wife in 1879, up until London in 1904 and 1905—so before the late work starts”. Among the highlights, drawn principally from museum collections in the US and 14 private collections, is a painting of a customs house at Varengeville from 1882, borrowed from the Harvard Art Museums. In works like these, Monet is “developing his manner of shadow painting in an astonishing way”, Küster says.

In the winter of 1942, the artist and designer Isamu Noguchi was living in the Hollywood guesthouse of the film star Ginger Rogers while working on a marble bust of her that is now in the collection of the National Portrait Gallery in Washington, DC. But after the US government began interning Japanese-Americans after the Japanese attack on Pearl Harbor, Noguchi left behind his comfortable life. As a resident of New York, Noguchi—who was born to a white American mother and a Japanese father and grew up between the two countries—was not forced to “relocate”, but he chose voluntarily to enter the Poston detention camp in Arizona hoping to improve conditions there. The exhibition will present archival material and around 25 works from the museum collection, starting with a 1941 bust of the theatre actress Lily Zietz and ending with two installations of Noguchi’s sculptures from the mid-1950s to the mid-1980s, Deserts and Gateways, which show how Noguchi’s time at Poston continued to influence his work throughout his life. 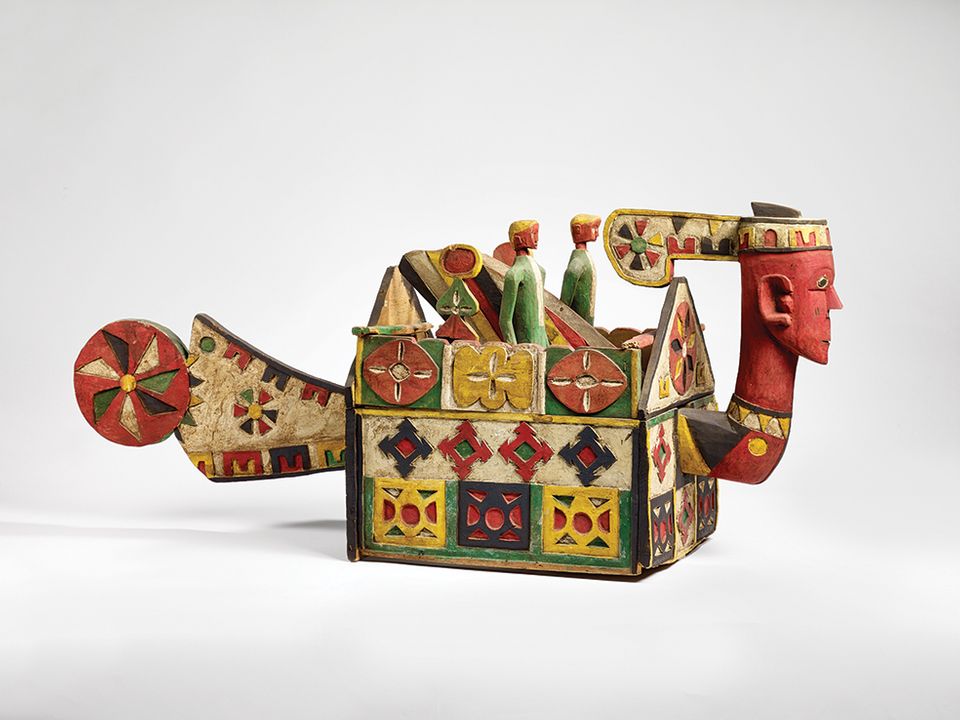 Africa may be the world’s oldest populated continent, but its history is still widely misunderstood. “We think we know Africa, but we have prejudices,” says Gaëlle Beaujean, the head of the Africa collections at France’s national museum of non-Western art, the Musée du Quai Branly-Jacques Chirac in Paris. With the historian Catherine Coquery-Vidrovitch, she is mounting a major exhibition to “throw the visitor off course”. With key loans and 220 objects drawn from Quai Branly’s reserves, many of which have never before been exhibited at the museum, the show retraces five millennia of Africa’s history through the trade networks that crossed the continent long before colonialism. A prologue on the sheer age of African civilisation will include a stone (6500BC-2500BC) from the Sahara  desert that is engraved with the image of a giraffe.

Best of the rest opening in January War in the Sunshine: the British in Italy 1917-18

Lockwood Kipling: Arts and Crafts in the Punjab and London

Diane Arbus: in the Beginning

Marisa Merz: the Sky is a Great Place

Lucas Cranach the Elder: 500 Years of the Power of Temptation