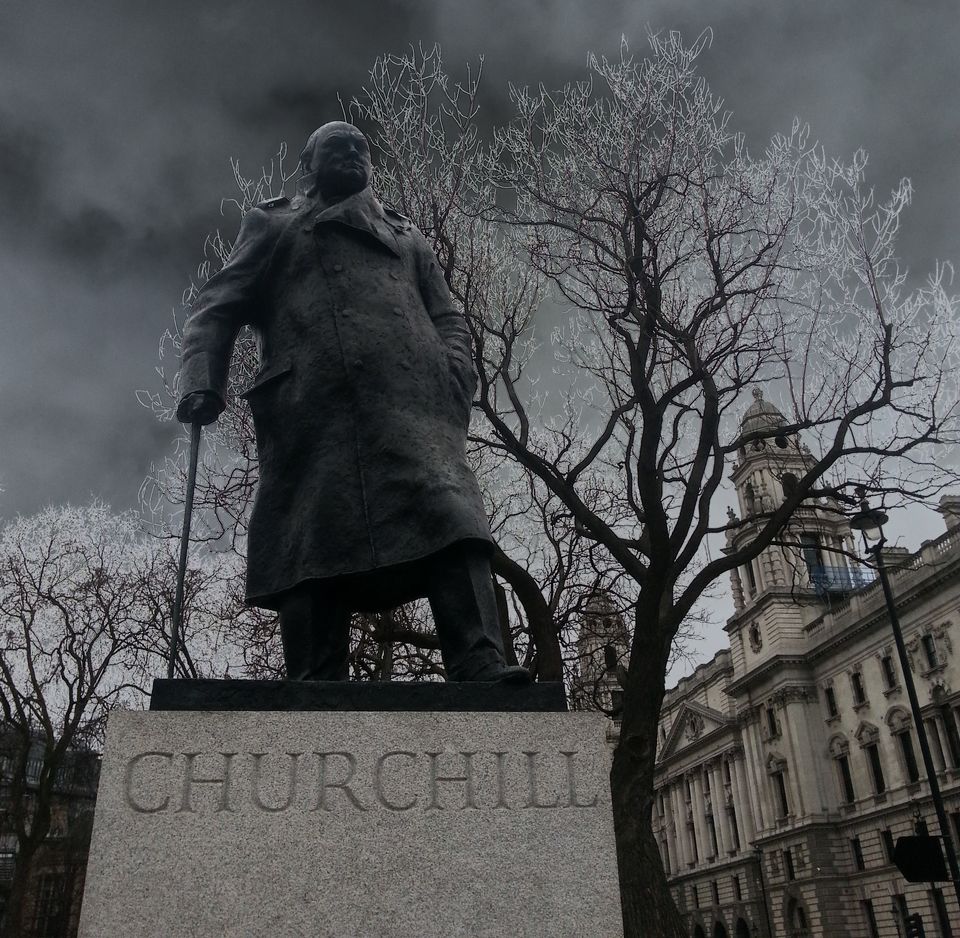 Many statues of historic figures in England have been come under scrutiny, including a memorial to former UK prime minister Winston Churchill who is criticised as a racist Photo: Steven E

The UK government has announced new laws aimed at safeguarding historic monuments across England. The legislation, if approved by Parliament, will require individuals to have listed building consent or planning permission before removing any historic statue. The law would come into effect from March and apply to England's 12,000 statues.

Robert Jenrick, the Communities Secretary who is leading the reforms, wrote in the Sunday Telegraph that he is waging war on “town hall militants and woke worthies” who have written a “single, often negative narrative” about the country’s history. The new legislation would protect statues from being removed “on a whim or at the behest of a baying mob”, he adds.

The move comes after a statue of 17th-century slave trader Edward Colston was toppled in Bristol last summer by anti-racism protestors following the death of George Floyd, and dumped in the city harbour. The dismantling reignited the debate about how to deal with monuments dedicated to controversial historic figures.

Jenrick says in a statement: “We cannot, and should not, now try to edit or censor our past. That’s why I am changing the law to protect historic monuments and ensure we don’t repeat the errors of previous generations, losing our inheritance of the past without proper care.”

I wish we could get away from language of censure & erasure & understand this is about broadening, deepening & creating honest & inclusive narratives ⁦@MuseumsAssoc⁩ https://t.co/xHvqEcYwVm. Robert Jenrick: statues must be protected from 'baying mob' https://t.co/ZEfJ74nopm

But Jenrick’s comments have been criticised by arts professionals with some arguing that the government is stoking a culture war. Sharon Heal, the director of the advocacy group the Museums Association, tweeted: “I wish we could get away from language of censure and erasure & understand this is about broadening, deepening & creating honest & inclusive narratives.” The British-Nigerian historian David Olusoga wrote on Twitter: “You know, it's almost as if they want to distract people from their lethally failed response to the pandemic and the consequences of a disastrous Brexit?”

You know, it's almost as if they want to distract people from their lethally failed response to the pandemic and the consequences of a disastrous Brexit? pic.twitter.com/uWLBT5Ck8r

Under new legislation to be announced in the House of Commons today, historic statues will be “retained and explained” for future generations. “Our view will be set out in law, that such monuments are almost always best explained and contextualised,” Jenrick says.

Crucially, under the new regulations, if a council intends to grant permission for removal of a particular statue and Historic England objects, the Communities Secretary will be notified so he can make the final decision about the application in question.

The decision places the government at odds with London Mayor Sadiq Khan’s vow to review and improve “the diversity of London’s public landmarks” under an initiative announced last summer. The new Commission for Diversity in the Public Realm was set up to focus on statues in the capital linked to slavery. The Mayor’s Office had not responded to a request for comment at the time of writing.

In the wake of the Colston furore, Bristol city council established a history commission “which will help us tell our full city history”, said Bristol Mayor Marvin Rees. Information gathered by the commission will help “the city decide on city memorials”, he added. Author and historian Kate Williams pointed out on social media however that the people of Bristol tried with “‘due process’ to add a contextualising plaque to the statue of Edward Colston and were blocked by powerful interests at every turn”.