With the "real-life" fair cancelled due to coronavirus, exhibitors give their thoughts on the event's first online viewing room experience 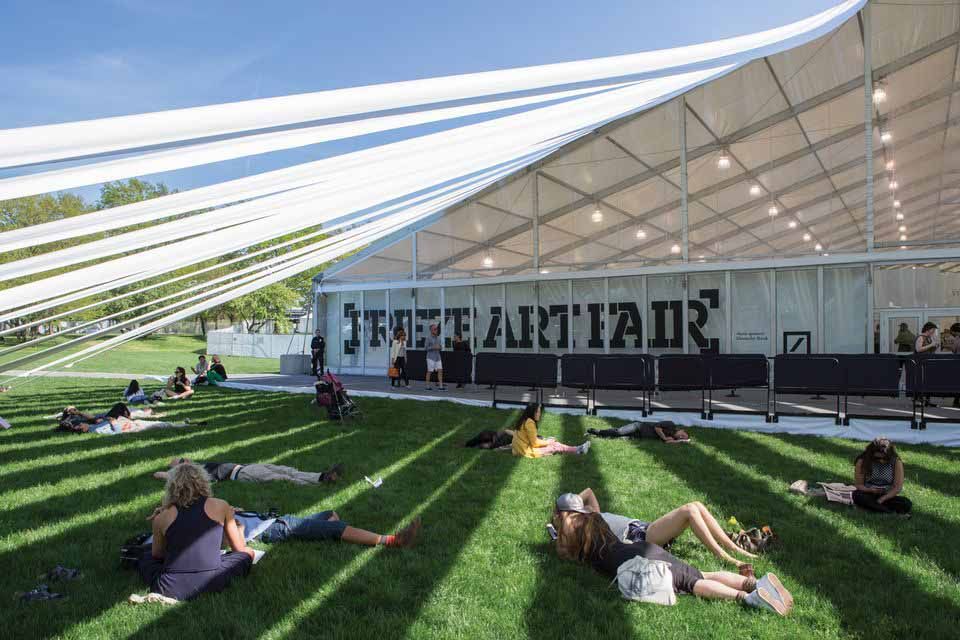 It is fast becoming art market lore that, when one art fair is cancelled, another web browser opens. And yesterday’s Zoom press conference about Frieze New York’s online viewing room (8-15 May, with “VIP” previews from today) took roughly as long as waiting for an Uber from Randall’s Island Park, the fair’s venue had it not been cancelled, IRL, due to the coronavirus pandemic.

The digital platform, says Frieze’s global director Victoria Siddall, was already in the works last year but development was “ramped up” once the New York event was cancelled. It includes an augmented reality (AR) function wherein viewers can try out any work in the viewing room in their own home, says Loring Randolph, Frieze’s artistic director of the Americas: “You hit the 3D button and point your phone at a wall, it measures it and hangs the work on the wall, in perspective.”

Although Frieze’s platform does not yet have an e-commerce function to allow people to buy directly through it, Siddall does not rule this out: “This was always intended as a trial product, one that unexpectedly became Frieze New York. We will be taking it down after the fair and developing it further.” She adds: “Because this is a trial and because we are asking for feedback, everything is possible! But yes, it will continue to develop in a way that galleries and buyers want it to.” As Siddall observes: “It’s interesting to see how many galleries have added prices, even at the highest levels, which is not normally seen at Frieze fairs.”

Later on yesterday, during the Financial Times’s webinar about online art fairs hosted by The Art Newspaper's art market editor-at-large Melanie Gerlis, Randolph said the viewing room would broaden the fairs audience, as: “An online space is a democratised space”. The New York-based dealer Garth Greenan, also speaking on the webinar, concurred: “There’s nothing wrong with looking at stuff digitally: it’s not dirty. That’s snotty and pretentious”

But, as Greenan also said, fairs have come to act as calendar “markers” for those in the art trade. Rightly or wrongly, we have come to live our lives around the hectic calendar of fairs and auctions—all now upended. We are living in the “coronaverse” now, in Greenan’s view, and for him, Frieze’s viewing room is “something to actually look forward to” when there is little else on the horizon.

While sitting at home with a laptop is undoubtedly easier and cheaper than going to a real-life Frieze New York for all involved (the online platform is free for galleries), it cannot replace the experience of being at a fair, and Randolph says: “I cannot wait to hug people again!”.

What will exhibitors be doing instead of traipsing to Randall’s Island? Will Jarvis from London’s Sunday Painter will “probably take the dog for a walk” while the Goodman Gallery’s Liza Essers will be “sipping a whiskey from my sofa in Johannesburg probably wrapped up in a sweater and longing for the New York spring!”. Meanwhile in London, Lisson’s Alex Logsdail hopes to be selling Rodney Graham works from his sofa while Mira Dimitrova, director of sales at London’s Stephen Friedman gallery, will “be getting some balance by gardening or playing table tennis with my sons” when not in her home office.

But some are also feeling a little nostalgic for that fair buzz. Valerie Carberry, a principal and partner at the Chicago and New York-based Gray gallery, will miss “taking a pizza and beer break at Roberta’s” at Frieze but also “the energy of the conversations” and the “overall feeling of reunion with colleagues, collectors, curators and friends”. While online fairs cannot replace any of that, Carberry says, “you can have a longer, more productive exchange with a client who enquires about a work of art, which is typically not possible during a fast-paced, high-pressure VIP day at a physical fair.” Gray took part in Art Basel Hong Kong’s (ABHK) online viewing room in March, a valuable learning experience, Carberry says, “but the sales activity was not there—which was by no means any fault of the Art Basel team. The timing of the virtual fair coincided with one of the saddest and most challenging news weeks of the health crisis.” In the Frieze viewing room, Gray will show works by artists including Jim Dine, Theaster Gates and Alex Katz, plus works by the late Chicago artist, Evelyn Statsinger in the fair’s Chicago Tribute sector (the viewing room is retaining the fair’s traditional themed sections, central to Frieze’s “spirit” according to Siddall). 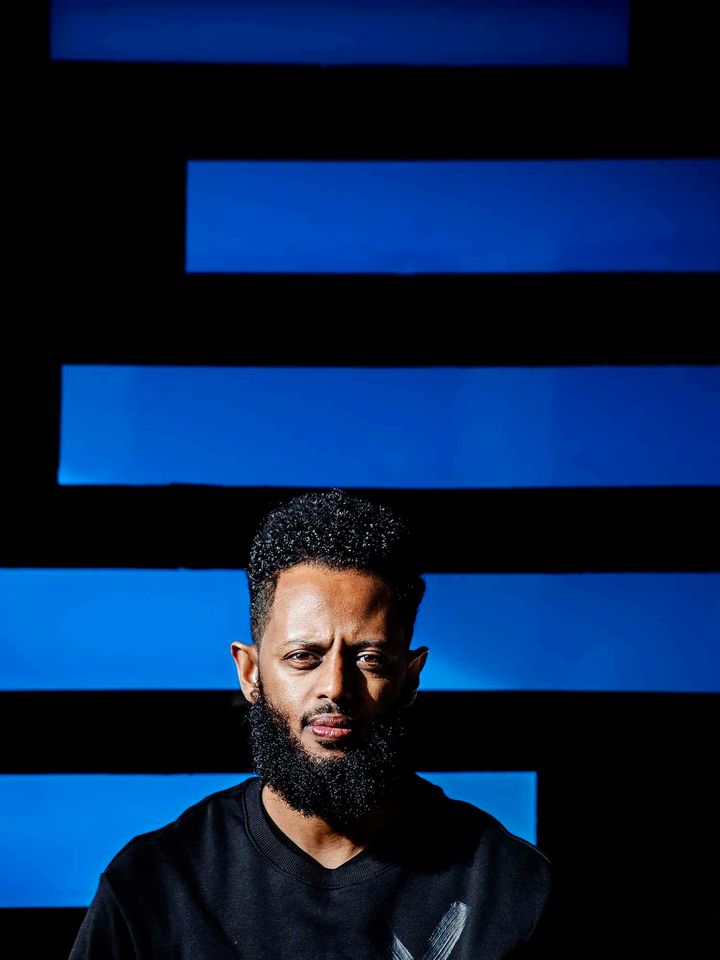 Lisson gallery also took part in the ABHK online viewing room. On the plus side, it offered “a potentially vast audience” Logsdail says, but he dislikes the passivity of a viewing room: “There is little to no dialogue about the work and seeing a piece in relation to other artwork is diminished. What works about fairs is the conversation and bustle, that is removed when things go online and you are simply looking at a stream of images from hundreds of galleries.” Plus, he adds: “I’m not sure a Zoom [client] dinner for 30 people would be very enjoyable.”

However, Lisson is enlivening its online presentation of new paintings by Rodney Graham with “a virtual walkthrough of the show as if it were hung in one of our galleries, a studio visit with Rodney discussing the new works, and use of our augmented reality platform with Augment [on the gallery’s own website],” Logsdail says.

Will Jarvis of Sunday Painter also “won’t be attempting any jazzy internet dinners”. The London-based gallery is using the online format to show lower-value works by a young painter, Patrick H Jones: “I knew he had been making fantastic new paintings during quarantine, previously his price point ($1,500 to $7,500) would have made it unfeasible to take his work to a fair in the US so this in some way is ideal as it gives us a head start in building a market for him in the US.” While Jarvis will miss Manhattan, “these fairs come with a huge amount of physical effort, economic risk and environmental damage so in many ways this could be considered a better option but ask me near the end!”

For Rakeb Sile, the founder and managing director of Addis Fine Art who is currently quarantining in Addis Ababa, the fair’s cancellation came as sad news: “As the very first gallery based in East Africa to have been accepted to exhibit at Frieze, we are naturally very disappointed not to attend the live fair.” The Addis Ababa- and London-based gallery will be showing works by the Ethiopian born artist Tariku Shiferaw and Sile hopes “the virtual event will give collectors much more time to discover every section of the fair…maybe find works and galleries that they would not have discovered in the frenetic pace of a live fair.” But the big test, says Liza Essers of Goodman Gallery, “will be if that impulse to buy on instinct translates in the virtual world.” The South Africa- and London-based gallery took part in the experimental online only VIP Art Fair in 2011, “when the technology wasn't able to cater for a high volume of users,” Essers says. But aside from that, this is the first virtual fair experience for the gallery. While Essers is “excited about the possibilities”, she is “also sceptical of its potential drawbacks, especially the absence of human connection that can be so critical to the chemical energy and electric momentum of a fair.” On the upside, galleries’ overheads are “hugely reduced” and collectors can set their own pace, but they cannot “really get up close to work,” Essers says, nor can they have “free-flowing conversations.” Without the costs and complications of shipping large works, Goodman is taking the chance to show more ambitious works such as Kapwani Kiwanga's collaborative sculptural installation with David Adjaye (commissioned for The Whitechapel Gallery's This is Tomorrow exhibition last year) alongside a monumental 3.5-metre bronze ampersand sculpture by William Kentridge (“the shipping logistics have been a nightmare”) and an excerpt from Yinka Shonibare’s The African Library, which will make its international debut. “Both these works by Kentridge and Shonibare have only been exhibited in South Africa until now,” Essers says.

But, she adds, “I'll miss the outfits and the hugs!”

Roxana Afshar, the senior director at London’s Waddington Custot, will miss the energy of New York, its “devoted collectors” and catching the ferry home back from Randall’s Island—if the weather is good. While the online experience is “not comparable to the atmosphere and excitement of being at an art fair”, new digital initiatives do offer benefits, Afshar says, “not only in increasing access to a larger audience, but also in reducing our industry's appalling impact on the environment.” The challenge for all galleries is personalising a standardised website format and “to inject the gallery's personality and curation is close to impossible” Afshar says, though she is hopeful “this will develop over time to become far more sophisticated.”

Through the ABHK online viewing room in late March, London’s Stephen Friedman gallery sold a Yinka Shonibare sculpture to a collector who was new to the gallery and Dimitrova says: “A plus [of online viewing rooms] for collectors is that prices are often included and access is guaranteed if you move quickly enough. The gallery has found a tightly focused approach works best in online viewing rooms and the Frieze offering will focus on “the relationship between drawing and sculpture in the work of eight of our artists,” Dimitrova says. It will be supplemented by videos and texts by the artists and, Dimitrova says: “We see online viewing rooms as offering us a chance to tell more extensive stories using images, video and text.” The gallery has also launched a series of artist studio visits on social media called #sfgoffsite, with a series of artist talks in the works, and is looking at how best to use Zoom for group events.

Frieze online viewing room is a “better than nothing” experiment. And, as with so many virtual substitutes for real-life events during this period, it’s important that it goes well—but not so well as to nullify the real thing.