New book explores the grandest monuments to the leaders of Venice, seductively photographed, and with their life histories 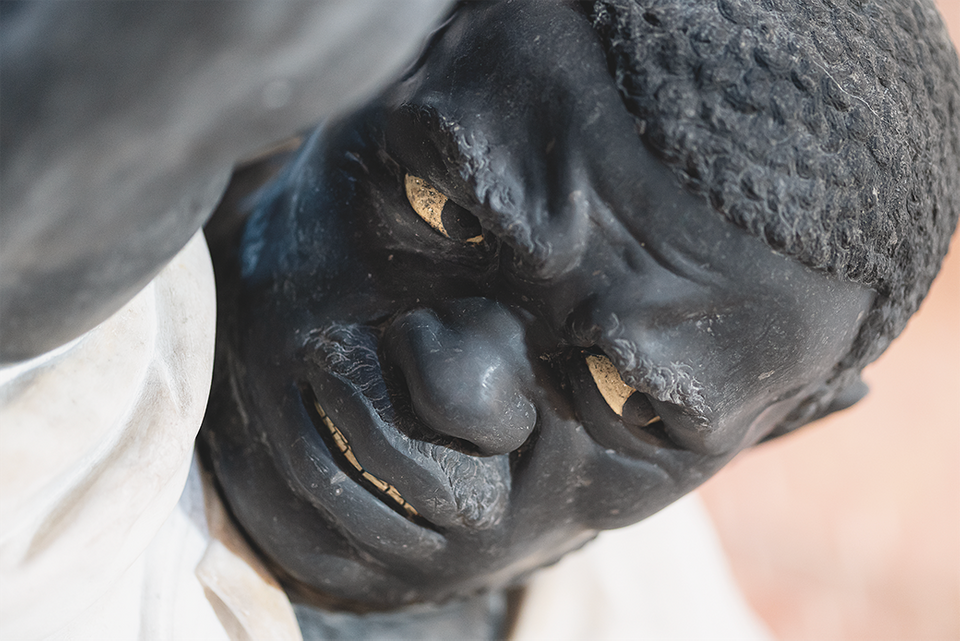 Head of a black man holding up the tomb of Doge Giovanni Pesaro, designed by Baldassare Longhena, 1665-69. In the defence of Candia (modern Herakleion), the Venetians defeated the Ottomans at sea and African galley slaves were among their prisoners. Basilica of the Frari © Toto Bergamo Rossi

Oh no, not another book about Venice, I thought, when this landed on my desk, but this is one that really is needed. For more than 1,000 years, the doges were the elected leaders of the Venetian Republic. Now, for the first time, many of their funerary monuments, from the origins to the fall of the Republic in 1797, have been gathered together. One hundred and twenty dogal tombs, most with sculpted portraits of their subjects, have been photographed by Matteo de Fin, who has produced seductive, almost tactile, images instead of the boring fare that usually illustrates art-historical publications. Even if you cannot read Italian, this book is worth it for the pictures.

The person who conceived the project and co-wrote the entries is Toto Bergamo Rossi, a stone restorer who knows many of the monuments intimately because he has actually restored them. For many years, he has been a leading light of Venetian Heritage International Foundation, a US non-profit that supports conservation, exhibitions, publications, conferences, and research in and about the artistic heritage of Venice and its former territories in the eastern Mediterranean. 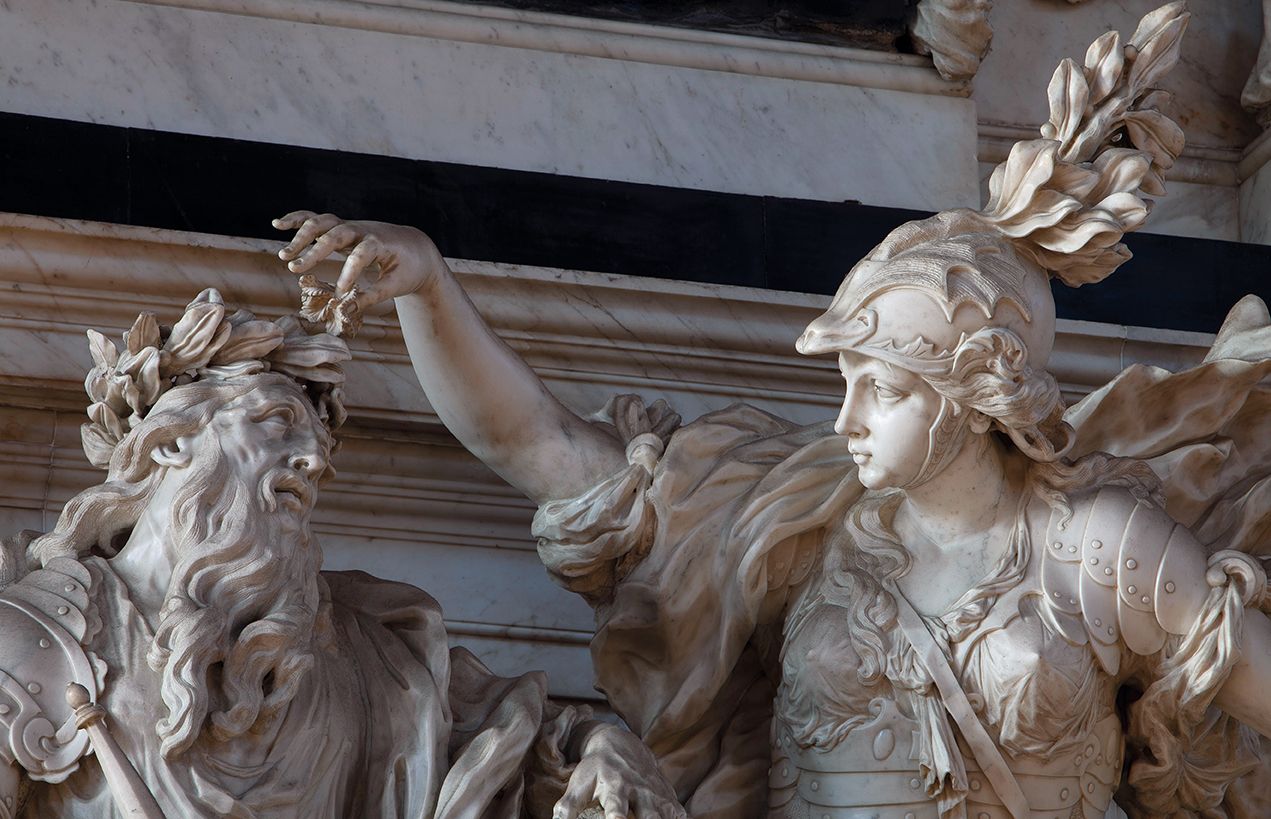 The figure of Merit being crowned by Virtue, on the tomb of Doge Silvestro Valier, by Giovanni Bonazza, about 1700. Basilica of Santi Giovanni e Paolo © Toto Bergamo Rossi

He says that he has been wanting to do this book for at least 20 years, but until recently he would have had to build scaffolding to get close to the tombs, many of which are high up on the walls of churches, and this would have cost too much. Today, with the evolution in digital cameras, this problem has been overcome.

He wants to show the world a little known side of Venice. From the 17th century onwards, there have been books describing its paintings and frescoes but not the sculptures, yet Venice is a city of stone, a sculpted city. “Sculpture is my sacred fire; I have been fascinated by it since I was a child and I always knew that conserving it would be my main passion”, he says.

This is a beautifully produced volume, with hundreds of illustrations, and here the Italian tradition of public funding for books comes into play. Luca Zaia, the president of the Veneto Region, agreed to finance it fully, in part because 2021 is 1,600 years since the foundation of Venice. “In a way, the book opens these celebrations”, Bergamo Rossi says. “It aims to be the first step towards presenting a different city, one that is not aimed at mass tourism but the more thoughtful visitor who wants to discover unusual things that are off the beaten path”. 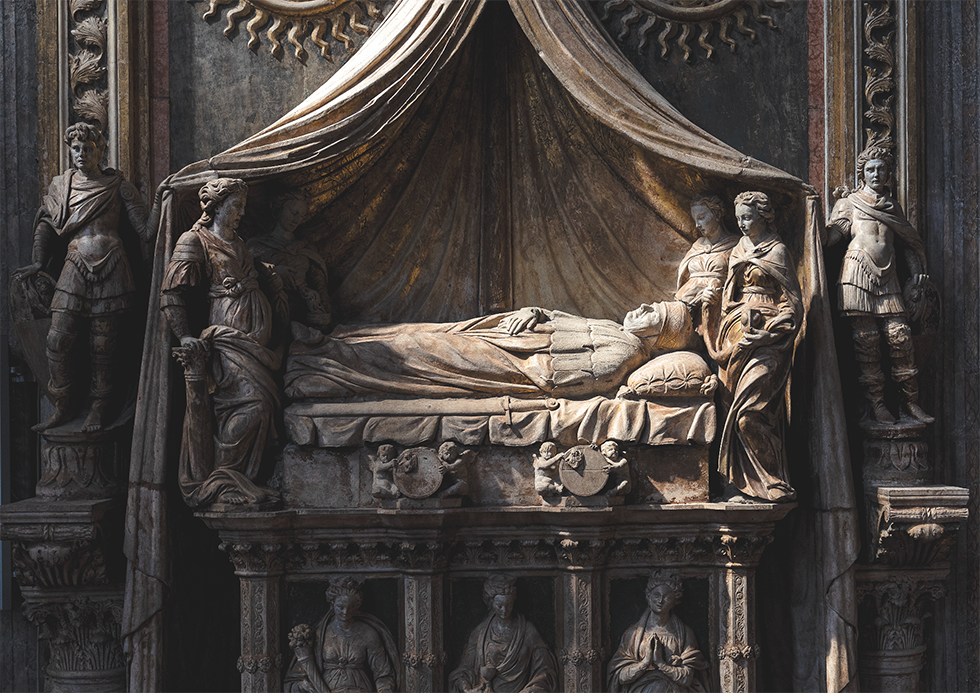 The tomb of Doge Francesco Foscari by Niccoló di Giovanni Fiorentino, about 1460, in the basilica of the Frari © Toto Bergamo Rossi

The introductory text is by Marino Zorzi, the former director of the Biblioteca Nazionale Marciana in Venice and himself the descendant of a medieval doge. It describes what part the doges played over the long history of Venice, “from Byzantine magistrate to constitutional monarch". Then there is an illustrated entry for each doge's tomb, written by Bergamo Rossi and Sebastiano Pedrocco. These are scholarly but in a style that allows the general public, not just historians and art historians, to enter into the lives of the characters.

Whether a doge was vigorous or feeble, saint or sinner, they all took care to be represented in the most flattering light on their tombs and they employed the best sculptors in town, from the Lombardo family to Antonio Rizzo, from Sansovino to Alessandro Vittoria to Baldassare Longhena, as well as a crowd of architects, master-builders and masons, many of whom are still anonymous. There is plenty of work left to be done on the subject.